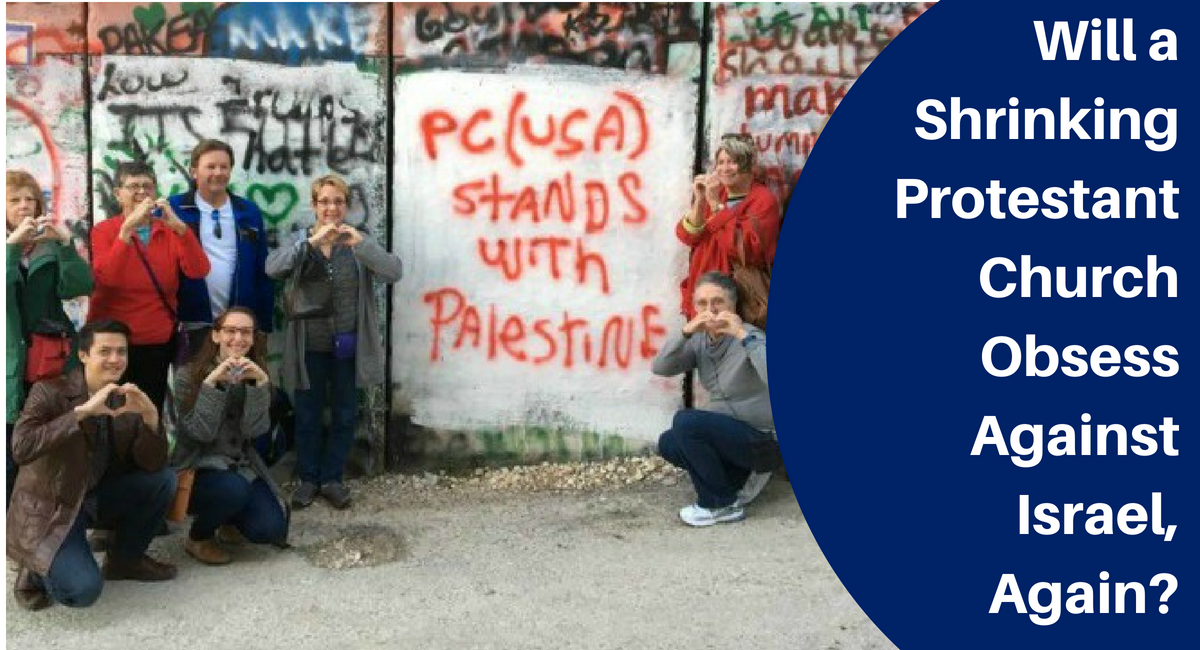 Will a Shrinking Protestant Church Obsess Against Israel, Again? 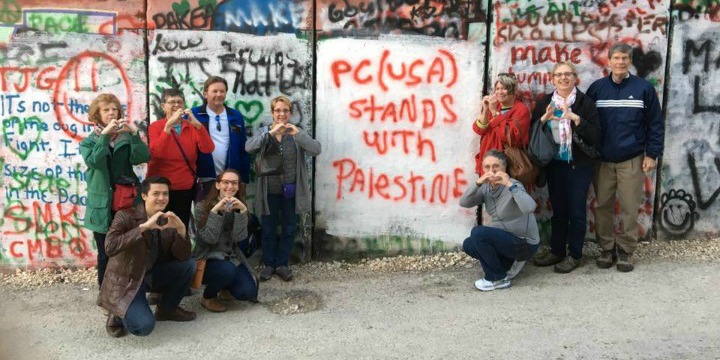 According to many observers, the Presbyterian Church (USA) — PCUSA — is a dying denomination. In 1993, the church reportedly had 3.1 million members — but by 2016, it had less than 1.5 million.

You’d think that with the church experiencing this degree of decline, its leaders would be wary of taking any actions that could further damage the denomination’s reputation. So why are they catering to a group of unreasonable anti-Israel zealots whose views are completely out of sync with those of Presbyterians in the pews — most of whom, just like the vast majority of Americans, support Israel?

The answer has a lot to do with the PCUSA’s organizational structure, and the way in which decisions are made at the national level at its biennial General Assembly (GA).

The structure for decision-making at the GA virtually ensures that a few presbyteries and synods — along with a small group of virulently anti-Israel activists, working through the church’s Israel/Palestine Mission Network (IPMN) — are able to dominate the Middle East-related agenda there. At the GA, they collude to field proposals targeting Israel for condemnation, and to advance the goals of the BDS (boycott, divestment, and sanctions) movement.

At the upcoming 223rd GA, which will be held from June 16-23 in St. Louis, voting commissioners will be considering no fewer than eight Israel-related resolutions. By contrast, they’ll be debating only one overture “responding to the current Syrian crisis.”

The IPMN has produced a printer-friendly “voter guide,” which recommends that GA delegates vote “yes” to a resolution opposed to anti-BDS legislation at the Federaland state levels, and encourages them to support another overture urging the real estate company RE/MAX LLC to stop “selling Jewish-only housing” in the West Bank and east Jerusalem, referring to Jewish neighborhoods there as “colonies.”

It also wants the GA to endorse a letter — penned last year by a group of vehemently anti-Israel Palestinian NGOs — that backs BDS, defines Israel as a colonial, apartheid state, and deems the Balfour Declaration “unjust and unlawful.”

Tellingly, the one Israel-related overture in the bunch that IPMN opposes calls for protecting both Israeli and Palestinian children from harm. IPMN apparently doesn’t like it because it’s too “balanced.”

Founded in 2004 with a mandate from the 216th General Assembly, the IPMN describes itself as committed to “advocate for Palestinian human rights and to deepen the involvement of Presbyterians with their struggle…and change the conditions that erode the humanity of both Israelis and Palestinians…”