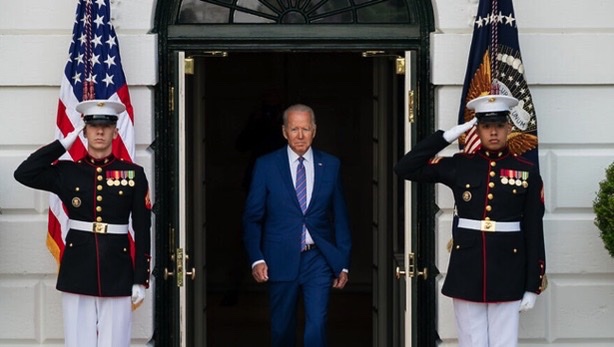 White House confirms Biden to arrive in Israel on July 13

The White House on Tuesday confirmed that U.S. President Joe Biden will travel to Israel, the Palestinian Authority and Saudi Arabia between July 13 and 16.

The trip will “reinforce the United States’ iron-clad commitment to Israel’s security and prosperity” and see Biden “attend a Summit of the Gulf Cooperation Council [GCC] plus Egypt, Iraq, and Jordan,” according to a statement released by White House Press Secretary Karine Jean-Pierre.

The GCC is comprised of Saudi Arabia, the United Arab Emirates, Bahrain, Kuwait, Oman and Qatar.

The U.S. leader will also “meet with counterparts from across the region, to advance U.S. security, economic, and diplomatic interests,” the statement said.

He will head to Israel first, where he will meet with Israeli leaders to discuss Israel’s “security, prosperity, and its increasing integration into the greater region,” it continued.