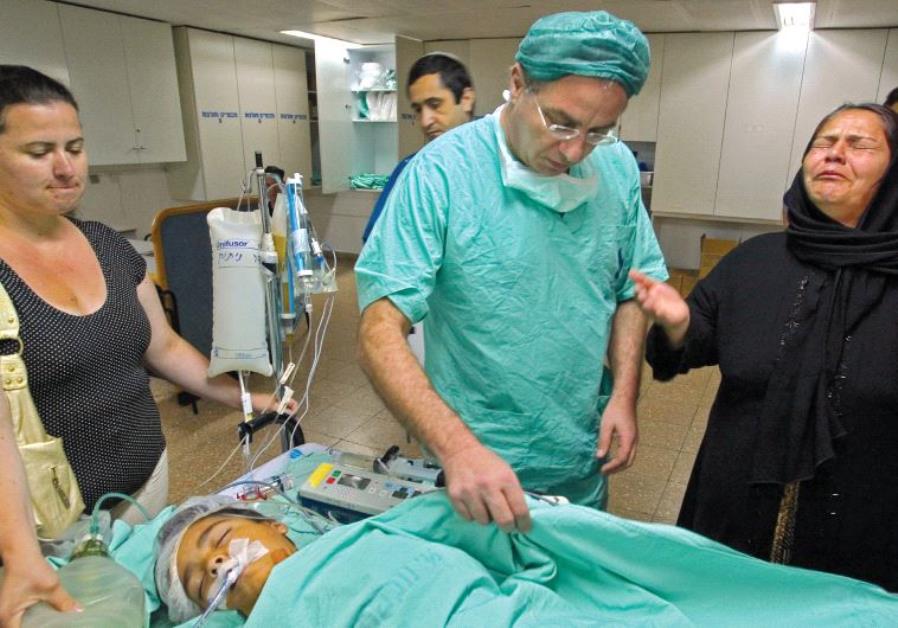 “Two days ago, in a windowless corridor in the center of Israel, a five-month-old baby from Gaza was wheeled away from his crying grandmother, while two Israeli women held her,” Dr. Moran wrote.

“He was taken into heart surgery, for the second time in his short life, where Israeli doctors fixed his congenital heart defect and gave him a chance for a normal life. Meanwhile, the two Israeli doctors consoling his grandmother hugged her and prayed with her for a successful surgery.

“I was one of the two Israeli doctors in the corridor. There were no cameras. No press. No countries. No conflict. No religion. Just people, trying to help each other. There is hope.”

The Gazan baby and his grandmother arrived at the hospital with the help of the Save a Child’s Heart non-profit organization, which offers life-saving pediatric cardiac care for children from Third World countries.

“I escorted him to several checkups. He is almost as old as my son, who was born a short while ago. I held him in my arms to made him stop crying. When I escorted them to surgery, I had a very emotional moment with the grandmother who accompanied him. We managed to connect despite the language barrier. I wanted to share this emotional moment with my friends. I have many friends abroad who occasionally voice their opinion on the conflict. I thought they should see another angle of the situation.

“I never imagined the post would reach so many people. So far, I have only received positive reactions about it.”