What The New York Times Isn’t Telling You About Gaza 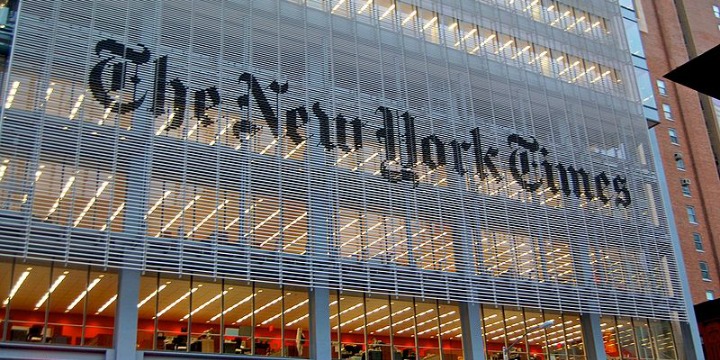 Sometimes a single sentence in a New York Times article about Israel tells a whole story.

Take, for example, this gem from a dispatch from Jerusalem by Isabel Kershner that appeared in the August 9 New York Times: “A high-level delegation of Hamas officials, including some living in exile, convened in Gaza to discuss Egyptian and United Nations proposals to stabilize the cease-fire with Israel in return for an easing of the Israeli and Egyptian-imposed blockade of Gaza.”

The Israeli news site YNet has a story reporting that one of the Hamas officials, Saleh al-Arouri, had lived in Syria, Turkey, Qatar, and Lebanon and has recently been in Cairo along with some of the other Hamas leaders, such as Musa Abu Marzouk.

These details are significant.

The details suggest the Gaza “blockade” is looser than the Times lets on. For more on that, please see the April 8, 2018 Algemeiner article, “What The New York Times Isn’t Telling You About Israel’s Gaza ‘Blockade.’”

The details suggest that Israel is exercising considerable restraint in striking back at Gaza. The Israelis knew that this Hamas delegation was visiting yet chose not to flatten the Hamas-niks.

And the details suggest that, contrary to the widespread misconception that the course of the conflict between Israel and the Palestinians is entirely within Israel’s exclusive control, in fact the situation is directly affected by other countries in the neighborhood.