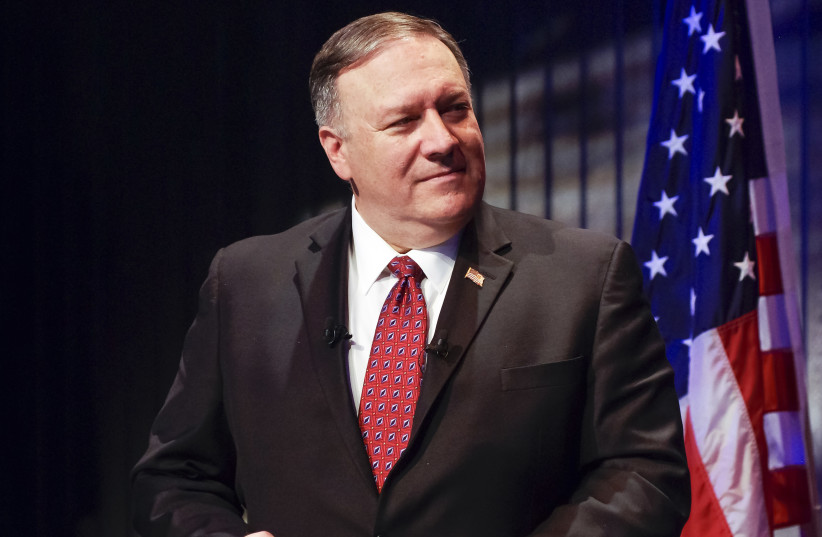 In a historic reversal of US policy, the Trump administration announced on Monday that it does not view Israeli settlements in the West Bank as illegal. The policy change was announced by Secretary of State Mike Pompeo in Washington.
“After carefully studying all sides of the legal debate, this administration agrees with president Reagan,” Pompeo said in reference to Ronald Reagan’s position that settlements were not inherently illegal. “The establishment of Israeli civilian settlements in the West Bank is not per se inconsistent with international law.”

“This policy reflects an historical truth – that the Jewish people are not foreign colonialists in Judea and Samaria. In fact, we are called Jews because we are the people of Judea.”

Pompeo’s remarks, The Jerusalem Post has learned, came after a year-long review conducted by the State Department’s legal office. The team met with international law experts as well as officials from different governments to hear their opinions.

Pompeo said that the review was prompted by the Obama administration’s decision to enable the passing of UN Security Council Resolution 2334 in December 2016, according to which settlement activity constitutes a “flagrant violation” of international law and has “no legal validity.”

Pompeo gave a brief historical review of US policy on the legality of settlements, mentioning how it has “been inconsistent over decades.” In 1978, he said, the Carter administration concluded that the establishment of civilian settlements was inconsistent with international law, but Reagan overturned that stance in 1981. Until president Barack Obama, he said, “administrations recognized that unrestrained settlement activity could be an obstacle to peace, but they wisely and prudently recognized that dwelling on legal positions didn’t advance peace.”

While it was not immediately clear how the new policy would impact the future rollout of President Donald Trump’s peace plan, US Ambassador to Israel David Friedman said that the announcement on Monday could actually advance peace between Israel and the Palestinians.

“I am pleased that the effort has concluded and that the secretary’s conclusions have been published,” Friedman told the Post. “I believe that they will bring truth and clarity to the Israeli-Palestinian conflict and advances the cause of peace.”
Pompeo said that the new announcement was not about specific settlements, about which there still could be specific legal questions. “The Israeli legal system affords an opportunity to challenge settlement activity and assess humanitarian considerations,” he said.
Netanyahu defended Israel’s legal system, saying it has “proven itself fully capable of addressing legal questions related to the settlements, [and] is the appropriate place for these matters to be adjudicated – not biased international forums that pay no attention to history or facts.”

America, Pompeo said, was also not prejudging the ultimate status of the West Bank. That, he said, would need to be worked out by the sides. In addition, he stressed that the new policy was not applicable to other situations around the world.
The US policy, Pompeo said, was “based on the unique facts, history and circumstances presented by the establishment of civilian settlements in the West Bank.”

Pompeo called on Israel and the Palestinian Authority to meet and begin negotiations to “find a solution that promotes and protects the security and welfare of Israelis and Palestinians alike. The hard truth is that there will never be a judicial resolution to the conflict, and arguments about who is right and who is wrong as a matter of international law will not bring peace. This is a complex political problem that can only be solved by negotiations between Israelis and Palestinians.”

Netanyahu echoed Pompeo’s words, saying “The Trump Administration policy is also correct in stating that those who have categorically denied any legal basis for the settlements not only deny truth, history and the reality on the ground, they also set back the cause of peace, which can only be achieved through direct negotiations between the parties.

“Israel remains ready and willing to conduct peace negotiations with the Palestinians regarding all final status issues in an effort to achieve a durable peace but will continue to reject all arguments regarding the illegality of the settlements.”