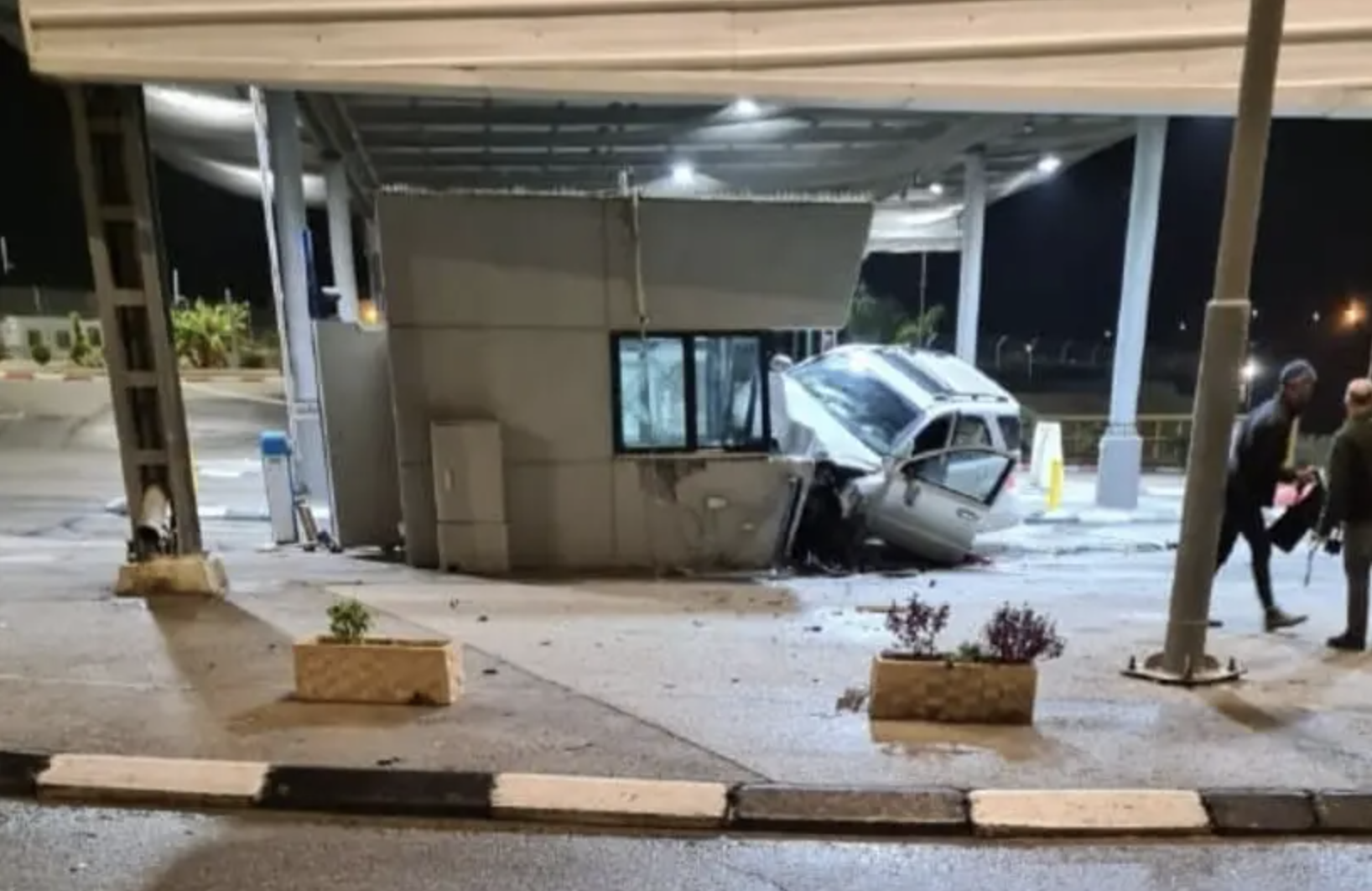 A security guard at the Tanim crossing in the West Bank was moderately injured by a vehicle coming from the Palestinian side of the crossing in a suspected attack on Monday.
The guard, a 34-year-old male, was standing at the crossing when the driver accelerated and hit him.
MDA medics and paramedics found the guard lying on the ground. He was brought to Sheba Medical Center in Tel HaShomer with injuries to his limbs, chest and head in stable condition.
MDA paramedic Alik Iskimov told Ynet: “We arrived to find a man in his 30s from the security forces who had apparently been run over by a terrorist. We found him sprawled on the ground with extensive bruises all over his body. We treated him with bandages and evacuated him to Tel HaShomer Hospital.”
Security forces at the scene shot the suspect who was driving the vehicle, who was 16-year-old. He was brought to Meir Medical Center in Kfar Saba where he died shortly after.
Defense Minister Benny Gantz praised the security guards for quickly responding to the attack on Monday and wished a speedy recovery to the injured guard. Gantz ordered a full investigation into the incident and raised the level of alert at all crossings in the West Bank.
Read More: The Jerusalem Post