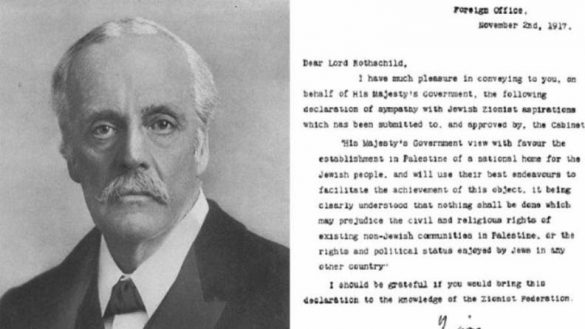 The British government has emphatically refused to apologize for the publication, a century ago, of a document that legitimized the creation of a future Jewish state, saying instead that it is proud of the role Britain played in establishing Israel.

In February, the Balfour Apology Campaign, run by the Palestinian Return Center rights group, launched a petition on the British parliament website calling on Britain to “openly apologise to the Palestinian people for issuing the Balfour Declaration. The colonial policy of Britain between 1917-1948 led to mass displacement of the Palestinian nation.”

Last week the UK Foreign Office posted a response to the petition, which has so far gained some 13,400 online signatures. If the petition passes 100,000 signatures by May 3 it will debated in parliament.

“The Balfour Declaration is an historic statement for which HMG (her Majesty’s Government) does not intend to apologise,” the response began. “We are proud of our role in creating the State of Israel. The task now is to encourage moves towards peace.”