We Will Wipe Out Israel, Not Disarm, Says Hamas Leader in Gaza 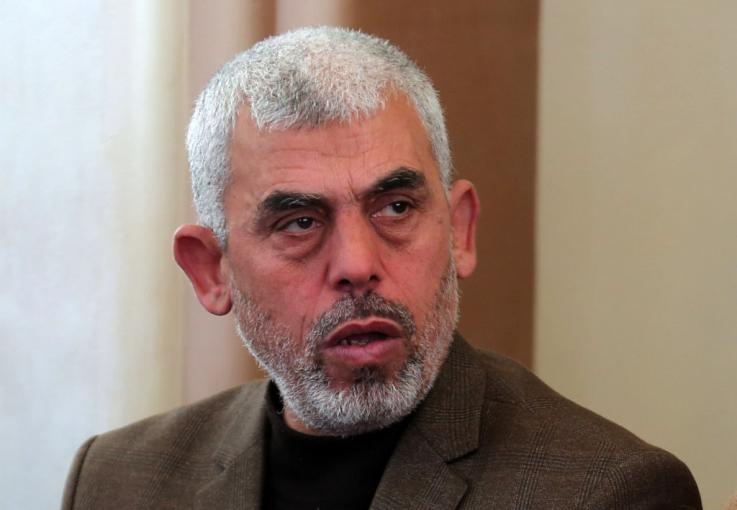 Hamas’s leader in the Gaza Strip has said the Islamist group is focused on wiping out the state of Israel and has no intention of disarming.

Yahya Sinwar, a hardliner who was elected head of Hamas in Gaza in February this year, made the comments at a meeting of Palestinian youth and in the presence of the press. However, his most inflammatory statements were stricken from the official record of the meeting, the Times of Israel reported.

“Over is the time Hamas spent discussing recognizing Israel. Now Hamas will discuss when we will wipe out Israel,” Sinwar said, according to the Hamas-linked news agency Shehab.

Sinwar’s comments came despite calls from the U.S. for the Islamist paramilitary organization, which has held power in Gaza since 2007, to disarm. Speaking Thursday, Mideast envoy Jason Greenblatt said Hamas needed to lay down its weapons and recognize Israel if it were to join a unity government with its more moderate rival Fatah.

“Any Palestinian government must unambiguously and explicitly commit to nonviolence, recognize the State of Israel, accept previous agreements and obligations between the parties—including to disarm terrorists—and commit to peaceful negotiations,” Greenblatt said.

Hamas immediately rejected the appeals in a statement. However, Sinwar elaborated at yesterday’s meeting that the group would only disarm “when Satan enters paradise.” He added the U.S. and Israel could not force Hamas to disarm. “There’s not one minute of the day or night when we aren’t building up our military might,” Sinwar said.