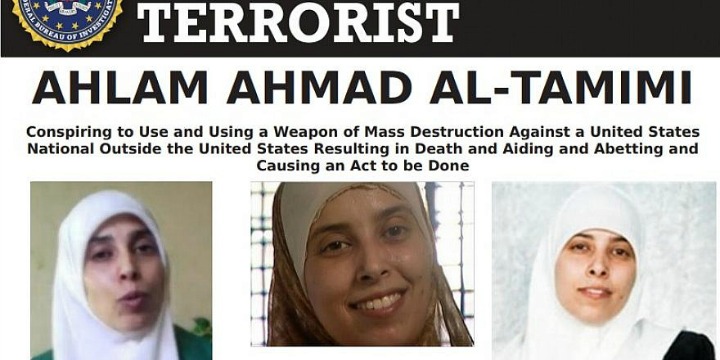 ‘We Have Been Betrayed’: As Billions Flow to Jordan, US Remains Mum on Extradition of Palestinian Terrorist Ahlam Tamimi

The Hashemite Kingdom of Jordan is widely considered one of America’s closest allies in the Middle East. US aid to Jordan has quietly tripled in the past 15 years, overtaking every regular US aid recipient in the world except Israel. December’s Congressional omnibus spending bill gave the kingdom $1.65 billion – $200 million more than the two countries had agreed to in a seven-year memorandum of understanding (MOU) signed in September. A White House press readout from July of President Joe Biden’s most recent meeting with Jordan’s King Abdullah II describes the “unwavering support” the US provides Jordan.

One item conspicuously absent was the case of Ahlam Tamimi, a Jordanian-Palestinian woman who sits at #4 on the FBI’s list of most wanted terrorists for her role in the 2001 Sbarro pizzeria suicide bombing in Jerusalem. The Sbarro bombing, deliberately timed to hit the busy lunchtime crowd at the restaurant, took the lives of 15 people.