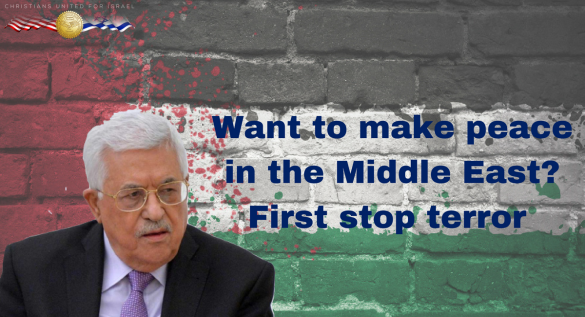 Visiting with Palestinian leader Mahmoud Abbas in Bethlehem yesterday, President Trump shared a key insight.  He noted that “Peace can never take root in an environment where violence is tolerated, funded and even rewarded.”  As Trump seeks to end a conflict that has resisted the best efforts of each of his predecessors going back to Ronald Reagan, he’d be wise to keep these words in the forefront of his mind.

The only way that Trump can succeed where these others have failed is if he identifies the mistake they’ve made and avoid repeating it.  While there’s plenty of blame to go around, there’s one clear lesson that emerges from the decades of failed peace efforts: so long as the Palestinians continue to support terrorism against Israel, they’ll never make the deep compromises that a peace deal requires.

From its earliest days, the fundamental premise behind the Israeli-Palestinian peace process was that the Palestine Liberation Organization (PLO) was finally ready to put down its guns, give up its dream of destroying Israel, and compromise. The process has failed because this premise has been false.

It’s important to remember that American presidents up to and including Jimmy Carter refused to speak to the PLO.  They rightly recognized that there was no point in a dialogue with a terrorist organization dedicated to Israel’s destruction. In 1988, President Reagan let it be known that he’d be willing to talk to the PLO if it renounced terror.  So PLO leader Yasser Arafat called a press conference and said something that sounded like a renunciation of terror (accounts of what Arafat actually said vary).  Reagan opened the promised dialogue.