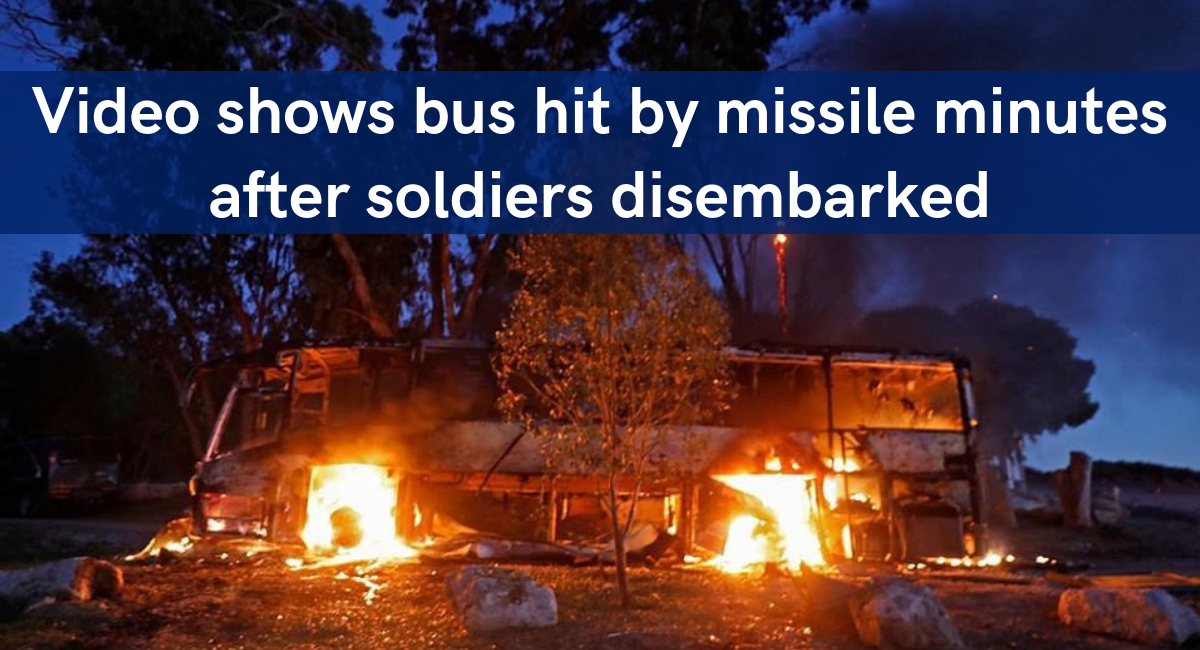 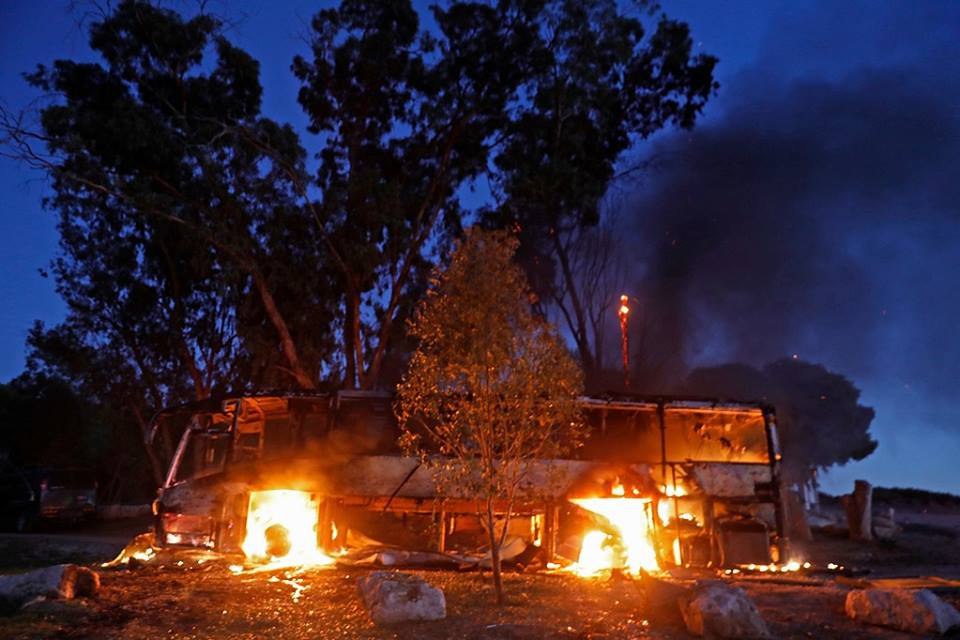 Hamas published a video early Tuesday showing a civilians bus carrying Israeli troops being hit by an anti-tank missile and erupting into flames, reportedly moments after dozens of soldiers had disembarked the vehicle.

The afternoon attack on the bus traveling near the Gaza border set off a massive flareup of violence that has seen more than 300 rockets fired at Israel and massive retaliatory airstrikes on Gaza by Israel, bringing the sides back to the brink of war.

The attack, however, could have had a much higher injury or death toll, likely setting off even heavier fighting. According to reports, the bus had minutes earlier been filled with soldiers, but was empty at the time it was hit.

The soldier who was injured was apparently standing outside the bus when the Kornet anti-tank guided missile was fired from the Gaza Strip.

The bus, which had no markings identifying it as military, had just pulled out of the Black Arrow memorial near Kibbutz Kfar Azza, several kilometers from the Gaza border, when it was hit.

The 19-year-old Israeli soldier was taken to Beersheba’s Soroka Medical Center in unstable condition, with injuries throughout his body, medics said.

The driver of the bus, 25, was taken to the hospital after he suffered a panic attack, medics said.

In the video published by Hamas, several soldiers are seen walking around as the bus is parked near the memorial site.