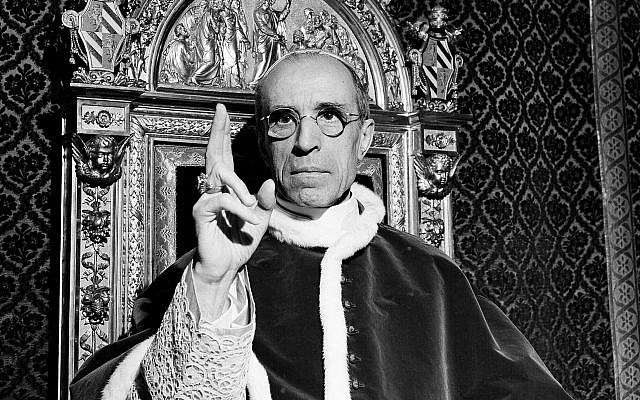 Declaring that the church “isn’t afraid of history,” Pope Francis said Monday he has decided to open up the Vatican archives on World War II-era pope Pius XII, who has been criticized by Jews for staying silent on the Holocaust.

Francis told officials and personnel of the Vatican Secret Archives that the archive would be open to researchers starting March 2, 2020.

Pius was elected pontiff on March 2, 1939, six months before World War II erupted in Europe. Pius died on October 9, 1958, at the Vatican summer residence at Castel Gandolfo, near Rome.

The Vatican usually waits 70 years after the end of a pontificate to open up the relevant archives. But the Holy See has been under pressure to make the Pius XII documentation available sooner and while Holocaust survivors are still alive.

Vatican archivists had already started preparing the documentation for consultation in 2006, at the behest of Francis’s German-born predecessor, Benedict XVI.

Pius has been accused by historians and Jewish groups of failing to speak out against the Holocaust, failing to commit the Church to saving Jews amid the genocide, and encouraging the conversion of Jews to Catholicism during the period.

The Vatican has defended him, saying he used behind-the-scenes diplomacy to try to save lives. Francis indicated he, too, embraced that interpretation.