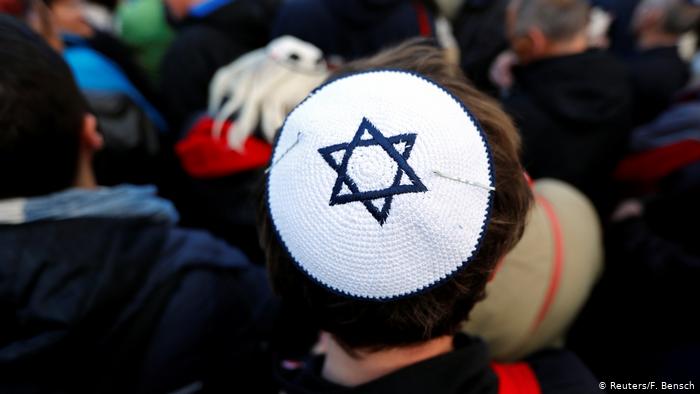 Unknown vandals on Sunday night defaced a monument to the three million Jews murdered in Poland during World War II with Nazi symbols and slogans.

The monument in the city of Częstochowa, in southern Poland, commemorated the final liquidation of the Jewish ghetto in June 1943. That followed a heroic uprising orchestrated by the clandestine Jewish Fighting Organization (ZOB), only a few days after a similar armed uprising against the Germans in the Warsaw Ghetto.

A Nazi swastika and the symbol of the SS were among the daubings left by the vandals on the monument. They scrawled the numbers 88, which represents the slogan “Heil Hitler,” and 14, to signify the so-called “14 words” mantra adopted by US white supremacists. They also inscribed the names of Jurgen Graf, a Swiss Holocaust denier, and Ursula Haverbeck, a German disciple of Graf’s, on the monument.

Sabina Chyra-Giereś — a spokeswoman for the City Police Headquarters in Częstochowa — told local media outlets on Monday that police inquiries into the vandalism were ongoing.

The monument to the Częstochowa ghetto victims was originally unveiled in 2009. The city has become known to millions of readers around the world as the home of Vladek Spiegelman, the main narrator of “Maus,” a book-length cartoon about the fate of a Polish Jewish family during the Holocaust.