US veterans seek healing in Israel 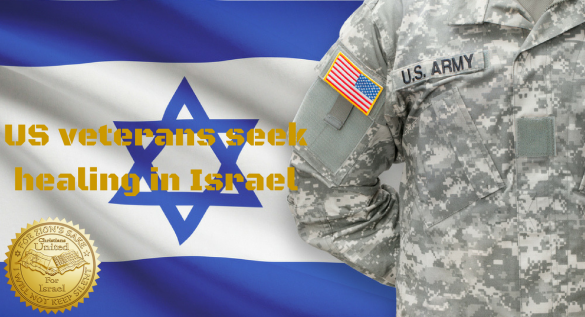 About 20 veterans commit suicide across the US each day, according to the Department of Veterans Affairs. An organization providing spiritual healing, suicide prevention and peer support programming for veterans believes Israel is part of the solution.

Leading up to Memorial Day, which this year is May 29, JNS is spotlighting the stories of six American veterans — and one American IDF veteran — who traveled to Israel with the Heroes to Heroes Foundation, which works with veterans suffering from mental and emotional stress. The foundation’s Israel programming is sponsored in part by Jewish National Fund’s Boruchin Israel Education and Advocacy Center.

Igrain “Iggy” Padilla, 55, of Concord, NC, spent 12 years in field artillery with the US Army and 14 years in the military police, with tours of duty including deployments to Iraq, where he was physically injured in a head-on collision with a suspected bomber vehicle. In Afghanistan he inspected sites at which US soldiers were killed or injured due to accidents.

“I came home in 2012 on medical retirement and began having depression, nightmares, mood swings. It got so bad that I felt I had lost my identity, lost all interest in life. I couldn’t work, couldn’t do anything, and I started drinking too much. I was 50 years old and didn’t know what to do,” he says.

Iggy’s wife told him about Heroes to Heroes.

“I’m a religious Christian, and when I heard that the program would take me to Jerusalem I got really excited, because who gets a chance like this to come to the Holy Land?” he says.

Iggy says the trip to Israel “opened my eyes about how to communicate and have a relationship with people I don’t even know.”