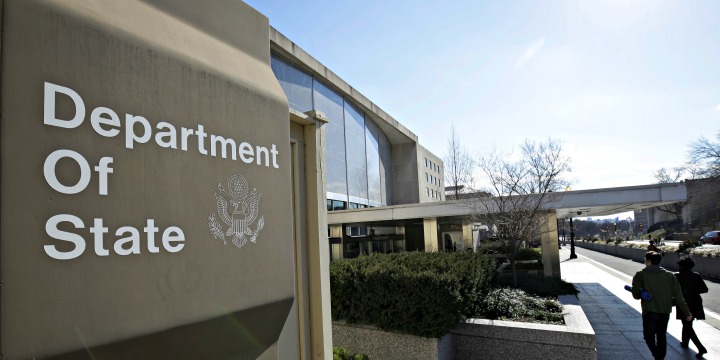 The US State Department is offering a $1 million grant to combat anti-Semitism in Europe.

The department’s Bureau of Democracy, Human Rights, and Labor (DRL) is partnering with the Special Envoy for Monitoring and Combating Anti-Semitism “to counter the rise of anti-Semitism in Europe as manifested through hate crimes such as acts of physical violence, desecration of religious community sites and religion-based discrimination. Combating anti-Semitism is part of promoting religious freedom globally,” said the department in an announcement on Friday.

The project would be between two and four years long, according to the announcement.

DRL would support the initiative “by strengthening the legal sector to identify, respond and prosecute crimes related to anti-Semitic hate focusing on physical violence, desecration of religious community sites, and religion-based discrimination in three to five countries in the Europe region,” stated the department.

Examples include, but aren’t limited to, “training and resources to law enforcement, lawyers, judges, CSOs, vulnerable communities, and others in the legal or advocacy sector on current laws regarding hate crimes and anti-discrimination, including national and international standards of anti-Semitic hate crime; identifying and prosecuting cases; providing victim support; and strategies to engage with local Jewish communities to both prevent and respond to anti-Semitic hate crimes.”

The program could also include “creating national or regional networks of legal sector actors trained in prosecuting cases and supporting victims”; “engaging law students on identifying and responding to anti-Semitic hate crimes;” “monitoring implementation of local and national laws, including court-case monitoring and reporting abuses to national, regional, and international bodies to hold governments and law enforcement accountable;” and “engaging in strategic litigation to set case-law precedent regarding anti-Semitic hate crime.”