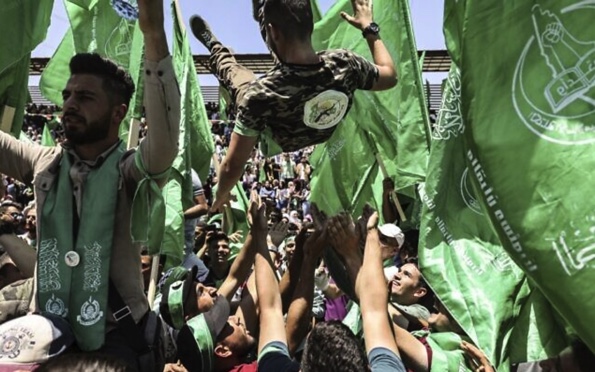 The US Treasury Department on Tuesday announced that it had sanctioned a Hamas official along with a network of backers of the terror group.

The network is overseen by Hamas’s Investment Office, which runs the day-to-day management of more than $500 million in assets, including firms in Sudan, Turkey, Saudi Arabia, Algeria, and the United Arab Emirates. The targeted individuals being sanctioned by the Treasury Department under a 2001 executive order that allows for the financial holdings of designated individuals or groups to be blocked in order to stem terror funding.

“Today’s action targets the individuals and companies that Hamas uses to conceal and launder funds,” says Assistant Secretary of the Treasury for Terrorist Financing and Financial Crimes Elizabeth Rosenberg while in Israel to discuss terrorism financing efforts.

“Hamas has generated vast sums of revenue through its secret investment portfolio while destabilizing Gaza, which is facing harsh living and economic conditions. Hamas maintains a violent agenda that harms both Israelis and Palestinians. The United States is committed to denying Hamas the ability to generate and move funds and to holding Hamas accountable for its role in promoting and carrying out violence in the region,” she added in a statement released by her office.