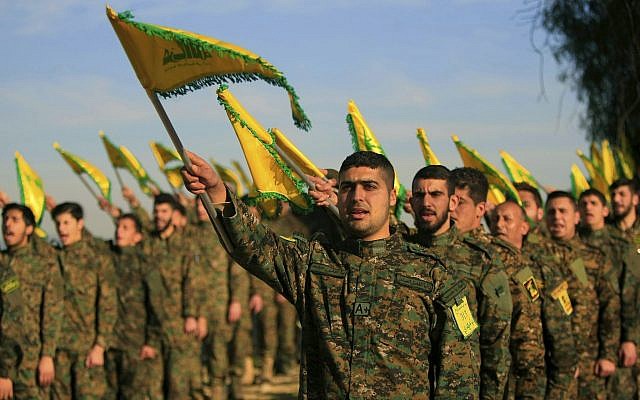 The US Treasury Department increased its sanctions on the Lebanese terror group Hezbollah on Wednesday by targeting two individuals and three entities, for allegedly having helped it evade existing sanctions.

In a release on its website, the department said it targeted Belgium-based Wael Bazzi “for acting for or on behalf of his father and Hezbollah financier, Mohammad Bazzi,” as well as three companies owned by him: Belgium-based Voltra Transcor Energy and OFFISCOOP NV, and United Kingdom-based BSQRD Limited.

Also targeted was Lebanon-based Hassan Tabaja, “for acting for or on behalf of his brother and Hezbollah member and financier, Adham Tabaja.”

They were designated under an executive order targeting terrorists and those providing support to terrorists or acts of terrorism.

“As Hezbollah continues to attempt to obscure its activities by using seemingly legitimate businesses, we will continue to take action against the front persons who hide the movement of money, including the relatives of designated terrorists,” said Sigal Mandelker, the department’s under secretary for terrorism and financial intelligence.

On Monday, the Trump administration announced that it is offering rewards of up to $10 million each for information that disrupts the finances of Hezbollah.