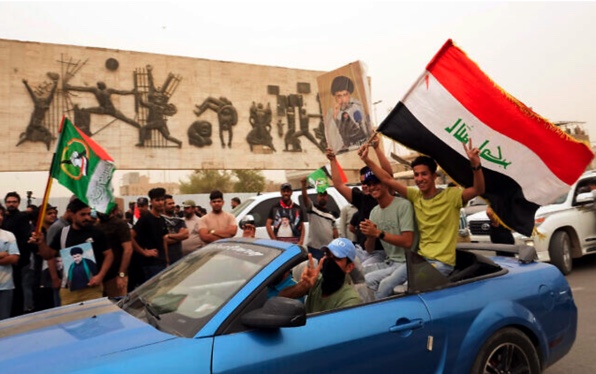 WASHINGTON — The United States lambasted legislation passed in Iraq on Thursday that criminalizes normalization of ties with Israel, saying it fosters “an environment of antisemitism.”

“The United States is deeply disturbed by the Iraqi Parliament’s passage of legislation that criminalizes normalization of relations with Israel,” the State Department said in a statement.

“In addition to jeopardizing freedom of expression and promoting an environment of antisemitism, this legislation stands in stark contrast to progress Iraq’s neighbors have made by building bridges and normalizing relations with Israel, creating new opportunities for people throughout the region,” it continued.

The State Department also reiterated America’s “strong and unwavering support” for Israel, “including as it expands ties with its neighbors in the pursuit of greater peace and prosperity for all.”