US shooting renews debate on anti-Semitism and its political response 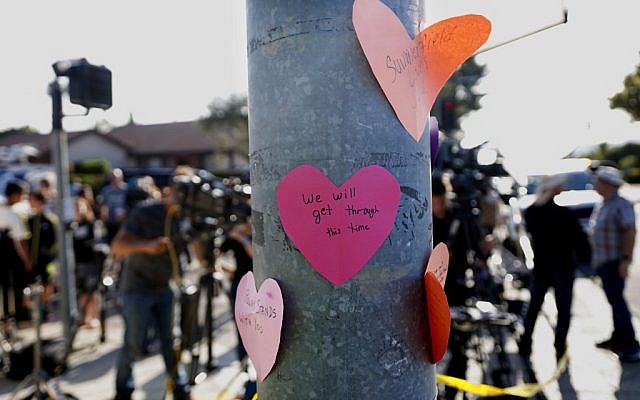 WASHINGTON — The latest shooting at a US synagogue heightened the sense of alarm Sunday of a rise in anti-Semitism, despite President Donald Trump avowal to overcome the “evil” of hatred.

A 60-year-old woman, Lori Gilbert-Kaye, was killed and three people were wounded when a gunman burst into the synagogue in the southern Californian town of Poway on Saturday and opened fire on the final day of Passover.

Police identified the shooter as John Earnest, 19, who had posted angry anti-Jewish remarks online just before the shooting.

Coming exactly six months after a white supremacist shot dead 11 people at a Pittsburgh synagogue, Saturday’s shooting raised new questions about a nationwide rise in anti-Semitism and in hate crimes generally — and about the president’s often controversial response to them.

Ahead of the funeral for Kaye, one of her oldest friends said her killing would not have been in vain if it served as a wake-up call.

“She died advertising the problem we have with anti-Semitism and to bring good to this world.”