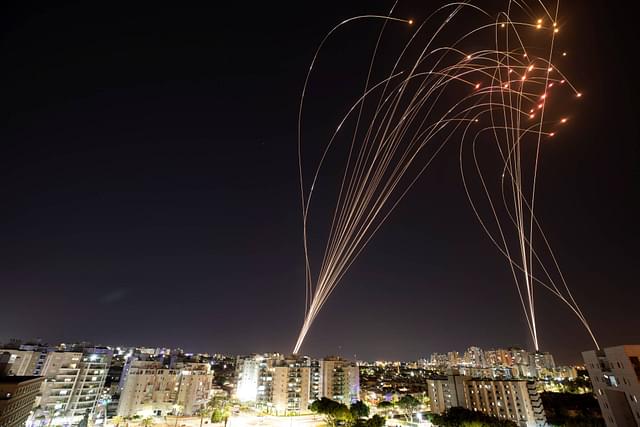 US seeing wave of ‘textbook anti-Semitism’ amid Israel-Gaza tensions

From New York and California to Illinois and Utah, the recent conflict between Israel and Gaza has generated a disturbing backlash against American Jews – who have found themselves the targets of death threats, hate speech and violent physical attacks.

“Stop telling me this is about Israel and Gaza,” said a New Yorker who was confronted by a pro-Palestinian mob on his way to synagogue this week. “My people are being targeted across the United States in broad daylight. This is textbook anti-Semitism, and we will continue to live in danger until the public starts to recognize it for what it is.”

His remarks were a common refrain rippling across U.S. Jewish communities in recent days. Here’s a look at some recent incidents throughout the country.

Troubling footage emerged late Thursday showing pro-Israel and pro-Palestinian protesters clashing on a midtown Manhattan sidewalk, despite Israel and Gaza having reached a ceasefire agreement earlier in the day. Police confirmed that two commercialfireworks were thrown from a car and one person suffered minor burns.

New York Jews were already on edge from a disturbing video that showed an older man being viciously beaten by a gang of pro-Palestinians for wearing a Yarmulke as he attempted to cross a street in Times Square earlier in the day. Police said their Hate Crime Task Force was investigating the gang assault and urged the public to come forward with information.