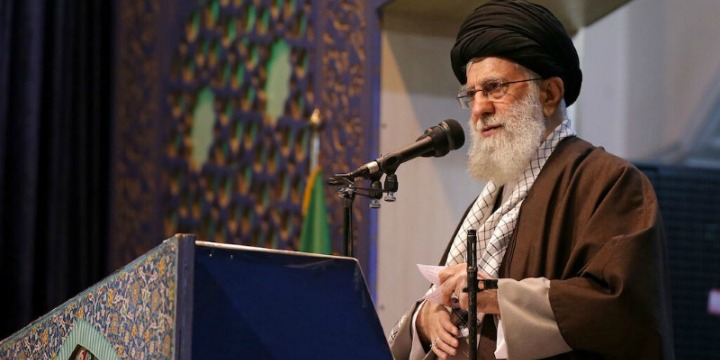 US Secretary of State Mike Pompeo on Wednesday blasted Iran’s titular “supreme leader” for a flurry of “disgusting and hateful antisemitic remarks” posted to his Twitter feed.

Ayatollah Ali Khamenei issued a series of tweets on Monday and Tuesday that viciously attacked the State of Israel as the “occupying Zionist regime” and described the Jewish state as a “cancerous tumor.”

Slamming neighboring Arab countries such as Saudi Arabia for moderating their stances toward Israel, Khamenei urged that Palestinians in the West Bank “must be armed, just as Gaza.”

The Iranian leader repeated the myth that Israel’s survival was dependent on external backing, as he denounced the “satanic” US for providing “unconditional, shameless support” alongside those “Arab and Islamic governments refraining from supporting Palestine.”

Addressing the Trump administration’s Israeli-Palestinian peace initiative, Khamenei mocked the US president as “Physician Trump” and called Pompeo “the lowly, ranting Secretary of State who keeps making illogical, nonsensical comments here and there.”

In response, Pompeo pointed out that a recent Iranian propaganda poster threatening a “Final Solution” to the conflict with Israel “invoked the Nazi call for the Final Solution.”

“I ask all nations: is this someone who can be trusted with deadly weapons?” Pompeo asked.