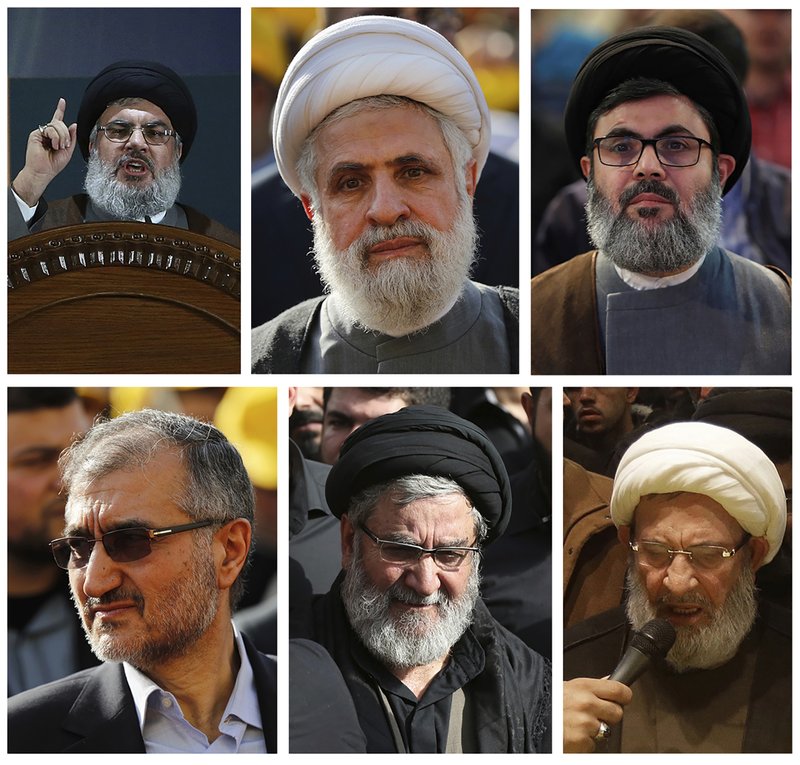 BEIRUT (AP) — The conflict between Iran and the U.S. that has created tensions throughout much of the Middle East is now also being felt in Lebanon, where Washington has slapped sanctions on the Iran-backed Hezbollah and warned they could soon expand to its allies, further deepening the tiny Arab country’s economic crisis.

The Trump administration has intensified sanctions on the Lebanese militant group and institutions linked to it to unprecedented levels, targeting lawmakers for the first time as well as a local bank that Washington claims has ties to the group.

Two U.S. officials visited Beirut in September and warned the sanctions will increase to deprive Hezbollah of its sources of income. The push is further adding to Lebanon’s severe financial and economic crisis, with Lebanese officials warning the country’s economy and banking sector can’t take the pressure.

Mandelker said Washington is confident the Lebanese government and the central bank will “do the right thing here in making sure that Hezbollah can no longer have access to funds at the bank.”

Hezbollah, whose Arabic name translates into “Party of God,” was established by Iran’s Revolutionary Guard after Israel’s invasion of Lebanon in 1982. The group, which enjoys wide support among Lebanon’s Shiite community, runs institutions such as hospitals, clinics and schools _ but it also has tens of thousands of missiles that Hezbollah’s leadership boasts can hit anywhere in Israel.

The group is designated as a terrorist organization by the United States, some Gulf Arab countries and few Latin American nations, while the European Union considers only Hezbollah’s military wing of the group to be a terrorist group.

Today, it is among the most effective armed groups in the Middle East with an arsenal more powerful than that of the Lebanese army, and has sent thousands of its fighters to Syria to back President Bashar Assad’s forces in that country’s civil war. Hezbollah and its allies have more power than ever in parliament and government and President Michel Aoun is a strong ally of the group.

Hezbollah has acknowledged the sanctions are affecting them, but it says it has been able to cope with sanctions imposed by the U.S. for years. The group, however, warned that it is the job of the Lebanese state to defend its citizens when they come under sanctions simply because they belong to the group, are Shiite Muslims, or are Hezbollah sympathizers.

In July, the Treasury Department targeted two Hezbollah legislators, Amin Sherri and Mohammad Raad, in the first such move against lawmakers currently seated in Lebanon’s parliament. A month later, the Treasury’s Office of Foreign Assets Control sanctioned Jammal Trust Bank for what it called “knowingly facilitating banking activities.” The bank, which denied the charges, was forced to close afterward.

Neither Sherri nor Raad responded to requests for comment from The Associated Press.

So far, all the figures who have come under sanctions have been either Hezbollah officials or Shiite Muslim individuals who Washington says are aiding the group.

Hezbollah leader Hassan Nasrallah said the group will “study well our alternatives” now that the U.S. is targeting banks that Hezbollah does not own or deal with, as well as rich individuals and merchants simply because of their religious affiliation.

Nasrallah said the state and the government should defend Lebanese citizens. In an apparent reference to the Lebanese central bank that implements U.S. sanctions, Nasrallah said: “Some state institutions should not rush to implement the American desires and orders this way.”

Walid Marrouch, an associate professor of economics at the Lebanese American University, says Lebanon’s economy is 70% dollarized and since Lebanon is using this currency, Beirut has to abide by (U.S.) laws.

“We’re already living in a crisis and it will only make it worse,” he said of sanctions and if Lebanon decides to stop abiding by U.S. Treasury Department orders.

Antoine Farah, who heads the business section of the daily Al-Joumhouria newspaper, wrote that if Hezbollah’s desires turn out to be orders, “we will be facing a confrontation such that no one would want to be in our shoes.”

“If Hezbollah decides to fight America with the money of the Lebanese we guarantee a quick collapse and staying at the bottom for a long time, like Venezuela,” he wrote.

During a visit to Beirut, David Schenker, the U.S.’s assistant secretary of state for near eastern affairs, said Washington will designate in the future “individuals in Lebanon who are aiding and assisting Hezbollah, regardless of their sect or religion.”

Schenker did not elaborate in his interview with local LBC TV but local TV stations said Washington could start targeting Christian allies of the militant group, which has 14 members in parliament and three Cabinet ministers, including the Health Ministry.

Health Minister Jamil Jabbak, who is not a member of Hezbollah but is believed to be close to the group’s leader, was not granted a U.S. visa to attend the U.N. General Assembly in late September.

Treasury Assistant Secretary for Terrorist Financing Marshall Billingslea visited Lebanon last week and a U.S. Embassy statement said he would “encourage Lebanon to take the necessary steps to maintain distance from Hezbollah and other malign actors attempting to destabilize Lebanon and its institutions.”

At the end of his visit, Billingslea met a group of journalists representing local media and told them that the U.S. Treasury was posting a $10 million reward for anyone who provides “valuable information on Hezbollah’s finances,” according to the Daily Star.

He said the main goal of the U.S. Treasury “was to deprive Hezbollah of all financial support, whether from Iran or through any other means.” Billingslea said Iran used to send the group $700 million a year, adding that U.S. sanctions on Iran have “diminished considerably” the cash inflow.

Imad Marmal, a journalist close to Hezbollah who has a talk show on the group’s Al-Manar TV, wrote that the group wants the Lebanese state to put forward a national plan to face the “American siege” that will end up affecting not only Shiites but the country’s economy generally. He added that those who are being targeted by the sanctions are Lebanese citizens, whom the state should protect.

Hezbollah “is not going to scream in pain as the United States is betting, neither today nor tomorrow and not even in a hundred years.”