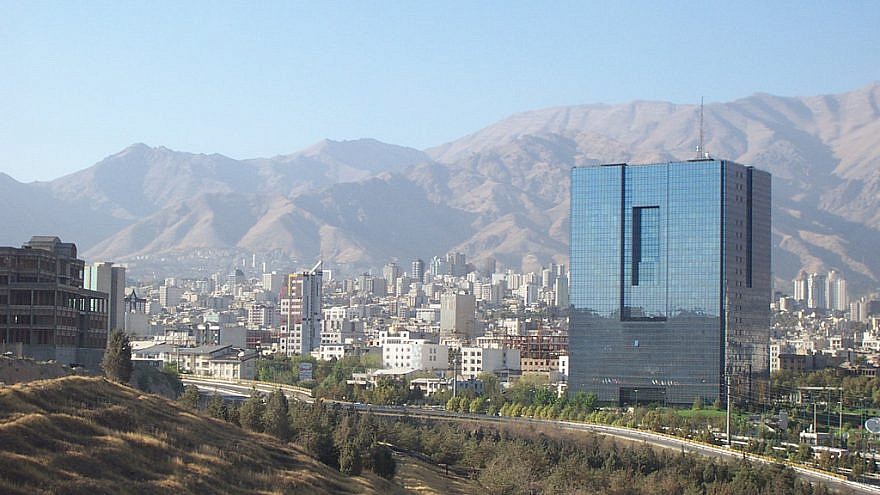 (September 20, 2019 / JNS) The United States has sanctioned the Central Bank of Iran, U.S. President Donald Trump told reporters at the White House on Friday, almost a week after the Islamic Republic attacked two Saudi Aramco facilities in which the president this instructed the U.S. Treasury Department to “substantially” increase sanctions on the regime.

The Central Bank has allegedly provided funding to Islamic Revolutionary Guards Corps and its elite Quds Force, in addition to Hezbollah, an Iranian proxy in Syria and Lebanon. Both the IRGC and Hezbollah are U.S.-designated terrorist groups.

The NDF has allegedly been a major source of foreign currency and funding for the IRGC-QF and Iran’s Ministry of Defense and Armed Forces Logistics (MODAFL), while Etemad Tejarate Pars is an Iran-based firm that has been used to hide financial transactions for MODAFL’s military purchases, including funds originating from the NDF.

“Iran’s brazen attack against Saudi Arabia is unacceptable. Treasury’s action targets a crucial funding mechanism that the Iranian regime uses to support its terrorist network, including the Quds Force, Hezbollah and other militants that spread terror and destabilize the region,” said U.S. Treasury Secretary Steven Mnuchin. “The United States will continue its maximum pressure campaign against Iran’s repressive regime, which attempts to achieve its revolutionary agenda through regional aggression while squandering the country’s oil proceeds.”

He continued, “Iran’s Central Bank and the National Development Fund were ostensibly intended to safeguard the welfare of the Iranian people, but have been used instead by this corrupt regime to move Iran’s foreign currency reserves for terrorist proxies.”

“We are putting governments on notice that they are risking the integrity of their financial systems by continuing to work with the Iranian regime’s arm of terror finance, its Central Bank,” said Sigal Mandelker, U.S. Under Secretary for Terrorism and Financial Intelligence. “We will vigorously enforce our sanctions to cut off the Iranian regime’s funding of global terrorism and its domestic oppression of the Iranian people, who are the regime’s longest suffering victims.”

Tensions between Washington and Tehran have intensified since the former withdrew in May 2018 from the 2015 Joint Comprehensive Plan of Action, or JCPOA, also known as the Iran nuclear deal, reimposing sanctions lifted under it along with enacting new financial penalties against the latter.

“A new president could try and lift the designation of the central bank to reenter the JCPOA but the market would remain hesitant to engage with a bank still financing terrorism, proliferation etc. Market deterrence is the key driver,” tweeted Mark Dubowitz, CEO of the Foundation for Defense of Democracies, which has played such an influential role in influencing U.S. sanctions policy on Iran that it was recently threatened by the regime.

While the reimposition of sanctions included U.S. sanctions on Iran’s Central Bank, they were, through a legal mechanism, lifted under the 2015 accord as a “nuclear sanction” that “a Democratic president could lift it again” were he or she elected next year, wrote Dubowitz in The Wall Street Journal in April.

“New central-bank sanctions based solely on terrorism would be more difficult for a future president to remove,” he wrote.

“The sanctions Trump just slapped on Iran are actually rather strenuous,” Security Studies Group senior fellow Matt Brodsky told JNS. “In the end, I’m not sure if it will change regime’s behavior, and it may not be an effective substitute for an act of kinetic deterrence.”

“There’s still a forensic investigation into the recent attack in Saudi Arabia and when that evidence is provided publicly, it may lead to more options to respond to Iran with more allies on board,” he continued. “So to sum it up, these are a very biting sanctions applied today on Iran. Whether they lead to a change in Iran’s malign activities is another matter. At least they’ll have fewer resources to fund for those adventures in the meantime.”