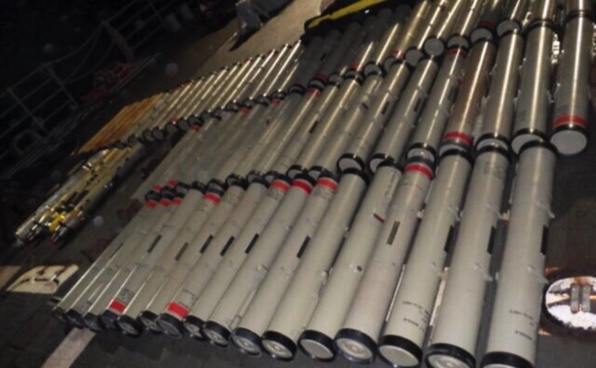 The US Navy made its largest-ever seizure of weaponry from Iran in a haul that included surface-to-air missiles as well as cruise missile parts, the US Justice Department revealed Tuesday.

The weapons were taken from two “flagless vessels” in the Arabian Sea that were delivering the cargo to Iran-backed Houthi insurgents in Yemen in 2019 and 2020, according to a statement.

In addition, 1.1 million barrels of Iranian petroleum products were taken from four foreign-flagged tankers in or around the Arabian Sea as they headed to Venezuela, the statement said, without specifying when those seizures took place.