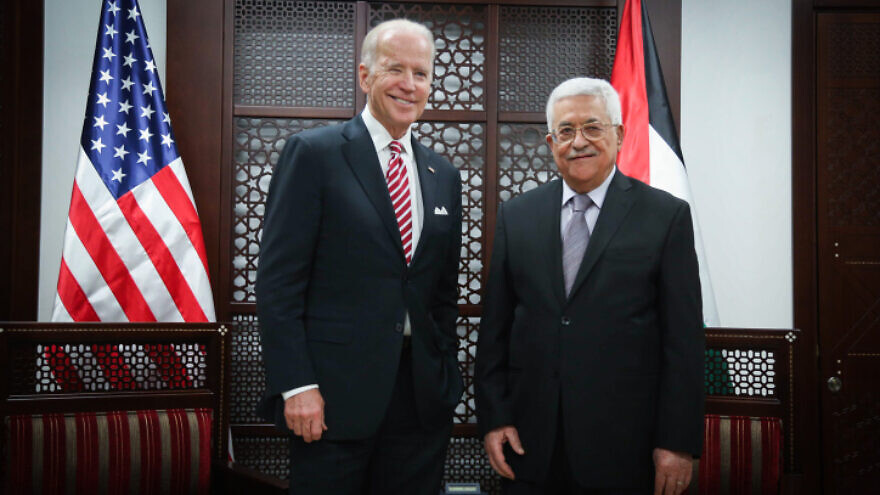 United States and Palestinian officials met on video conference Tuesday for the relaunch of the “US-Palestinian Economic Dialogue” (USPED), discussions absent from the US agenda under the Trump administration.

Officials from several government offices on both sides spoke of “infrastructure development, access to US markets, US regulation, free trade, financial issues, renewable energy and environmental initiatives, connecting Palestinian and American businesses and the resolution of obstacles to Palestinian economic development,” the US State Department said in a statement.

At the meeting — the first in five years — the participants pledged to “extend and deepen [US-Palestinian] cooperation and coordination in a range of sectors.”

Speaking at the opening of the meeting, US Assistant Secretary for Near Eastern Affairs Yael Lempert underscored the Biden-Harris administration’s belief that “the Palestinian people deserve to live in freedom, security, and prosperity.”

“The growth of the Palestinian economy will also play a critical role in advancing our overarching political goal: a negotiated two-state solution, with a viable Palestinian state living side by side in peace and security with Israel,” she stressed.

The virtual meeting marked the latest step in efforts by the Biden administration to restore ties with the Palestinians after reaching an all-time low under the Trump administration.

Since taking office in January, Biden released hundreds of millions of dollars in humanitarian aid to the Palestinians and reestablished official ties with Ramallah.