US officials: Iran seems to be moving ballistic missiles by boat to Persian Gulf 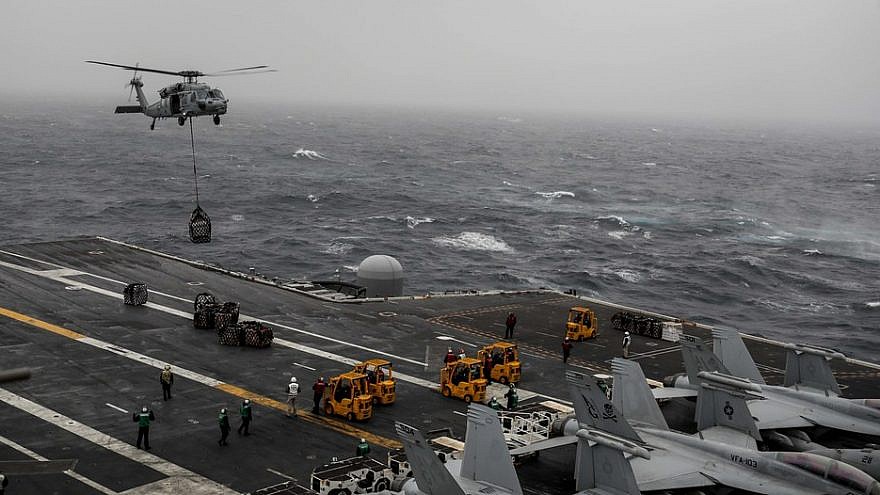 (May 8, 2019 / JNS) Iran appears to be moving short-range ballistic missiles aboard boats in the Persian Gulf in response to United States moving an aircraft strike group to the Middle East, several U.S. officials told CNN, in response to the threat from Tehran.

U.S. Central Command spokesperson Capt. Bill Urban said on Tuesday that they had seen “indications that Iranian and Iranian proxy forces were making preparations to possibly attack U.S. forces in the region.”

It remains unclear if Iran would launch the missiles from the boats, or if the regime is moving the missiles by boat for Iranian ground forces.

The officials told CNN that the U.S. military may send more equipment to the Middle East, such as anti-missile defense systems.

On Sunday, U.S. National Security Advisor John Bolton said that “in response to a number of troubling and escalatory indications and warnings, the United States is deploying the USS Abraham Lincoln Carrier Strike Group and a bomber task force to the U.S. Central Command region to send a clear and unmistakable message to the Iranian regime that any attack on United States interests or on those of our allies will be met with unrelenting force.”