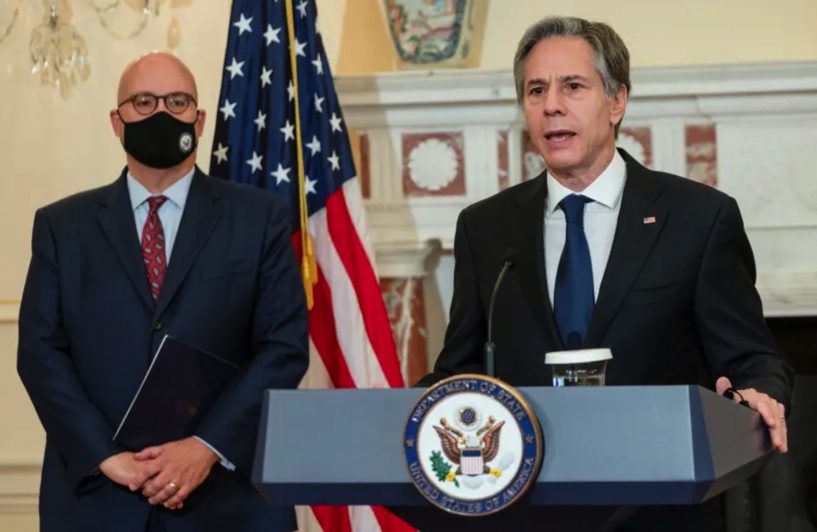 US offering $1 million to report on Israeli human rights violations

The US State Department has offered a grant of up to $987,654 for projects that include reporting human rights violations by Israel, raising concern about the potential for abuse by organizations seeking boycotts, sanctions and international law tribunals against Israel.

The Bureau of Democracy, Human Rights and Labor (DRL) announced “an open competition for projects that strengthen accountability and human rights in Israel and the West Bank and Gaza” last month, thought to be the first of its kind from Washington.

The proposals are meant to “collect, archive and maintain human rights documentation to support justice and accountability and civil society-led advocacy efforts, which may include documentation of legal or security sector violations and housing, land and property rights.”

Prof. Gerald Steinberg, Director of NGO Monitor, which tracks funding for NGOs dealing with Israel-related issues, said he has never seen a US funding announcement of this kind.

US funding “generally was not for these more political NGOs under the headings of human rights,” he said.

Steinberg wrote a letter to US Secretary of State Antony Blinken saying that NGO projects of the kind described “are exploited for campaigns targeting Israel. These grantees lobby the International Criminal Court and UN frameworks – such as biased Commissions of Inquiry – to sanction Israel, promote BDS and use the ‘apartheid’ label.”