US not discussing recognition of Israeli sovereignty on Golan — Bolton 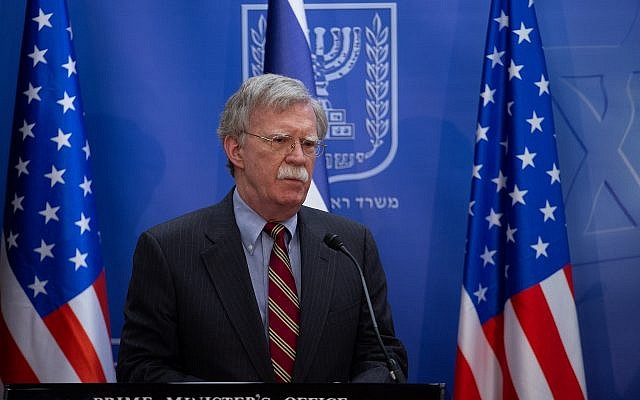 US President Donald Trump’s national security adviser John Bolton on Wednesday said the administration wasn’t discussing potential recognition of Israel’s claim to sovereignty over the Golan Heights, despite reported pressure from Jerusalem to make the move.

Israel captured the Golan Heights from Syria in the 1967 Six Day War and annexed the territory in the early 1980s. But the United States and the international community have long refused to recognize Israeli sovereignty there and considered it Syrian territory under Israeli occupation.

“I’ve heard the idea being suggested but there’s no discussion of it, no decision within the US government,” Bolton told the Reuters news agency in an interview published Wednesday morning.

Recognition of Israeli sovereignty over the strategic mountainous plateau in the northeast of the country has both support and opposition in Washington.