US nixes Security Council statement that fails to condemn Hezbollah 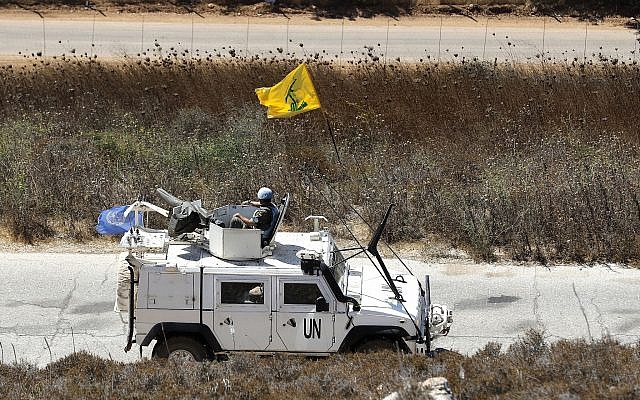 The US on Thursday blocked a UN Security Council statement on tensions between Israel and Hezbollah that did not single out violence by the Lebanese terror group, forcing the text to be scrapped, according to diplomatic sources.

In the first version of the six-point text, seen by AFP, council members expressed “deep concern at the recent incidents” during a flare-up between the sides across the “Blue Line” border.

The draft, drawn up by France, added that “members of the security council condemned all violations of the Blue Line, both by air and ground, and strongly calls upon all parties to respect the cessation of hostilities.”

According to diplomats, Washington blocked the statement twice, calling for Hezbollah to be specifically condemned in the text.

The US said it was impossible for it to back any statement putting Israel’s right to self-determination on an equal footing with Hezbollah, which it considers a terrorist organization, a diplomat explained.

Several other members of the security council objected to the US stance, and the text was eventually abandoned.

Any statement by the council must be backed by all 15 members.

Israel and Hezbollah, which fought a month-long war in 2006, have indicated they do not want to go to war but appeared on a collision course in recent days after Hezbollah vowed it would retaliate for a pair of Israeli strikes against the Iran-backed terrorist group — one in Syria claimed by Israel, and another, in Beirut, that the group blames on the Jewish state.

Hezbollah said it fired anti-tank missiles at Israel on Sunday and destroyed an Israeli military vehicle across the border. The IDF said no Israeli soldiers were injured by the 2-3 missiles fired by Hezbollah, which lightly damaged a military jeep and an IDF base.

Pictures and videos showing injured soldiers being evacuated had been a ploy meant to trick Hezbollah into thinking it had caused casualties, the army said.

The Iranian proxy group indicated the attack was in retaliation for the Israeli airstrike in Syria last month that killed several operatives, including two of its members.

On Thursday, UN peacekeepers toured the site of the attack and called it “a violation of the UN Security Council resolution 1701 … by Hezbollah.”

UN Resolution 1701 calls for all armed groups, besides the Lebanese military, to be removed from southern Lebanon, in the area south of the country’s Litani River.

Israel has repeatedly claimed that Hezbollah, occasionally aided by the Lebanese Armed Forces, maintains an active presence in southern Lebanon of both fighters and weaponry despite this prohibition.

UNIFIL, which is tasked with ensuring Resolution 1701’s implementation, has indicated that the constraints of its mandate prevent it from being able to fully investigate Israel’s claims, namely because of the peacekeepers’ inability to enter private property.