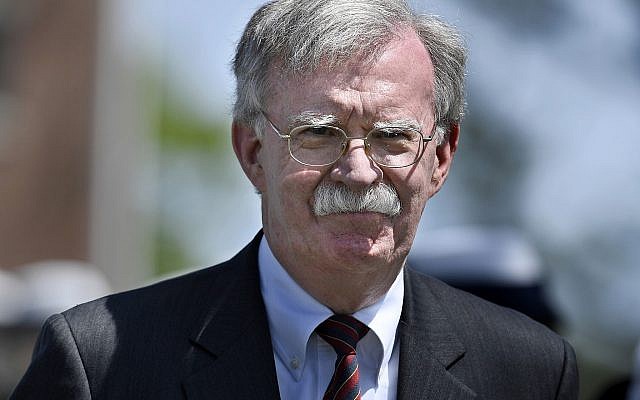 US President Donald Trump’s national security adviser said Wednesday there was “no reason” for Iran to back out of its nuclear deal with world powers other than to seek atomic weapons, a year after the US president unilaterally withdrew America from the accord.

Speaking in Abu Dhabi, the Emirati capital, John Bolton said that without more nuclear power plants, it made no sense for Iran to stockpile more low-enriched uranium as it now plans to do. But the US also earlier cut off Iran’s ability to sell its uranium to Russia in exchange for unprocessed yellow-cake uranium.

“There’s no reason for them to do any of that unless that’s part of an effort to reduce the breakout time to produce nuclear weapons,” Bolton said. “That’s a very serious issue if they continue to do that.”

Iran previously announced it was backing away from the 2015 nuclear deal, which saw it limit its enrichment of uranium in exchange for the lifting of economic sanctions. Trump withdrew the US from the accord saying it didn’t go far enough in limiting the Iranian nuclear program, nor did it address Iran’s ballistic missile program.