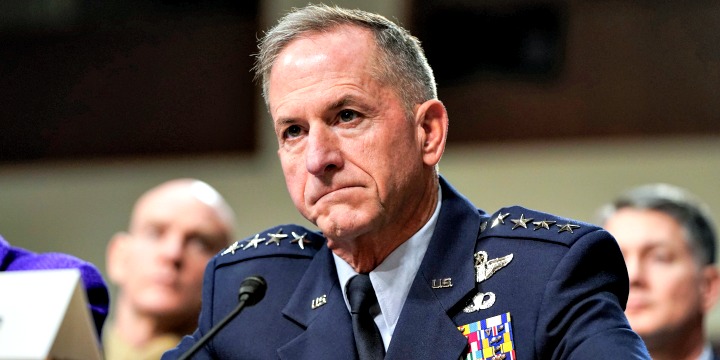 The highest-ranking Jewish officer in the US military has issued a candid condemnation of “racial prejudice” and “systemic discrimination” in the wake of the murder of George Floyd by police officers in Minneapolis on May 25.

In a memo distributed on Monday night, Gen. David Goldfein — the chief of staff of the US Air Force — said that “every American should be outraged that the conduct exhibited by police in Minneapolis can still happen in 2020.”

Floyd’s killing was a “national tragedy,” he noted.

Addressing racism within the Air Force, Goldfein remarked: “Sometimes it’s explicit, sometimes it’s subtle, but we are not immune to the spectrum of racial prejudice, systemic discrimination and unconscious bias.”

He continued: “We see this in the apparent inequity in our application of military justice. We will not shy away from this; as leaders and as airmen we will own our part and confront it head on.”

Goldfein’s unprecedented comments followed a passionate Twitter thread posted by his top enlisted advisor Kaleth Wright — the chief master sergeant of the Air Force — that declared,” I am George Floyd.”