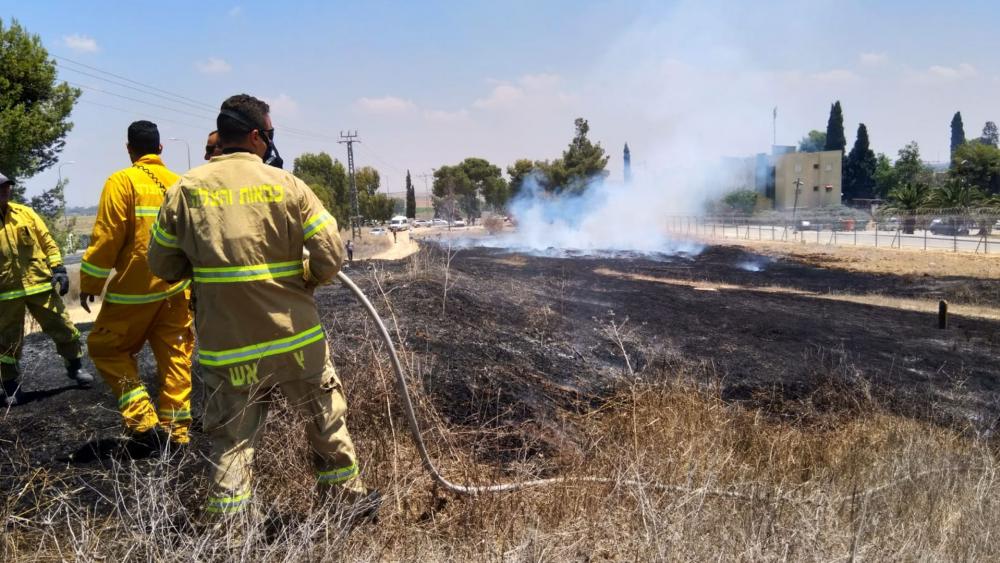 For months, Israeli firefighters have battled arson fires caused by some 1,200 terror attacks. The fires have burned more than 7,500 acres of farmland and nature. Now American volunteers are fighting the flames with them.

Palestinian terrorists are using balloons and kites combined with a summer wind to carry their fire from Gaza to Israel.

In a scorched field near the border we found a piece of a kite with more pieces hanging in a tree – apparent debris from one of the incendiary weapons.

“Some people can think it’s like a toy – children’s toy – but it’s a very deadly weapon,” said Shmulik Friedman, commander of the Southern District of the Israeli Fire Service.

“And we are fighting every day to prevent any achievement from these terrorists,” Friedman told CBN News.

That’s when the Emergency Volunteers Project, or EVP, stepped in to help.

“The Emergency Volunteers Project is an Israeli-American organization dedicated to a single goal and that’s training and deploying American rescue personnel to Israel in times of crisis,” said EVP spokesman, Eitan Charnoff.

Ten American firefighters came for about 10 days. Another 45 are on standby to come if they’re needed, Charnoff said.