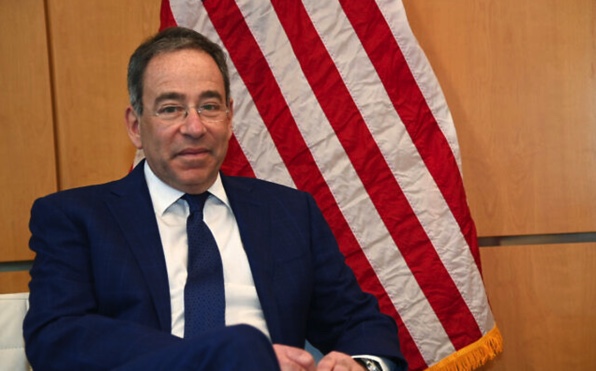 US envoy says Israel’s ‘hands not tied’ on Iran, even if nuke deal signed

US Ambassador to Israel Tom Nides said on Thursday Israel won’t be faced with any American restrictions if it wishes to act against Iran, whether or not a nuclear deal is signed between Tehran and world powers.

“Israel can do and take whatever actions they need to take to protect the state of Israel,” he added.

“The president,” he stressed, “will do whatever he can do to make sure that Iran does not have a nuclear weapon… It’s clear we’d like to do it through a diplomatic channel.”

Regarding the progress of the negotiations on a deal, he said: “The Israelis know very clearly exactly what is going on. I’m not suggesting they necessarily like it always, but there are no secrets here.”