Jerusalem Mayor: US Embassy Move ‘Is Right Thing to Do’ 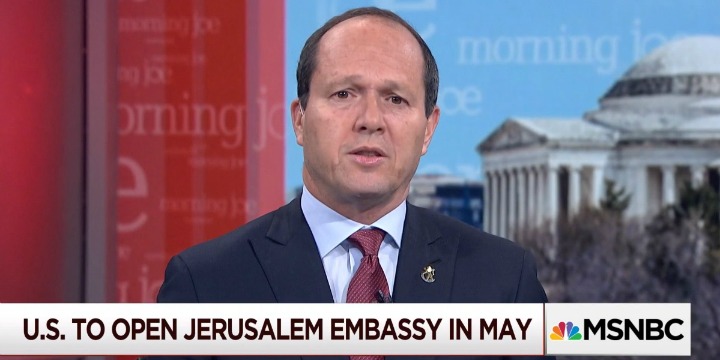 The opening a US Embassy in Jerusalem is “probably going to be happening sooner rather than later,” the city’s mayor said on Friday.

Appearing on MSNBC’s “Morning Joe” program, Mayor Nir Barkat downplayed Arab backlash to the move, saying it “is the right thing to do, so we’re not concerned about it.”

Last week, the Trump administration announced that the relocation of the US Embassy in Israel from Tel Aviv to Jerusalem would take place in May, quicker than many expected.