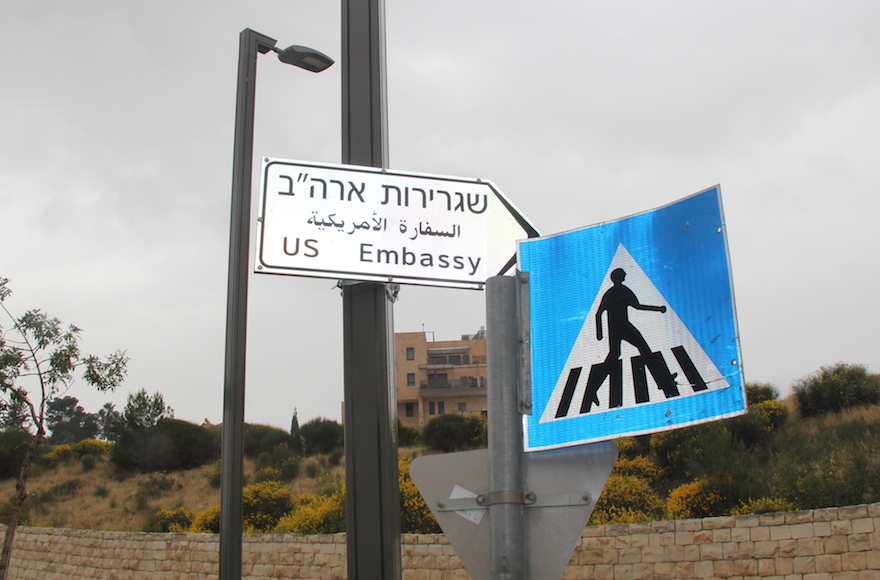 JERUSALEM (JTA) — The U.S. Embassy in Israel will hold its annual Fourth of July celebration for the first time in Jerusalem.

The event traditionally has been held at the home of the U.S. ambassador in Herzliya. In March, Ambassador David Friedman moved into a residence in a building in western Jerusalem that formerly functioned as a consulate. He also owns a home in Jerusalem.

Last year, two months after the U.S. Embassy was moved to Jerusalem, the annual celebration was held in Airport City near Ben Gurion International Airport.

This year it will be held on July 2 at the International Convention Center in Jerusalem.

“The U.S. Embassy to Israel will hold its July 4th celebration in Jerusalem this year, consistent with the embassy’s move to Jerusalem and the recent fulfillment of the Jerusalem Embassy Act,” a State Department official told the Jewish Telegraphic Agency.

The 1995 act called for the United States to move its embassy to Jerusalem, but President Donald Trump’s three predecessors exercised a clause that allowed a waiver due to national security reasons. Presidents Bill Clinton, George W. Bush and Barack Obama insisted the status of Jerusalem should be determined in a peace agreement.