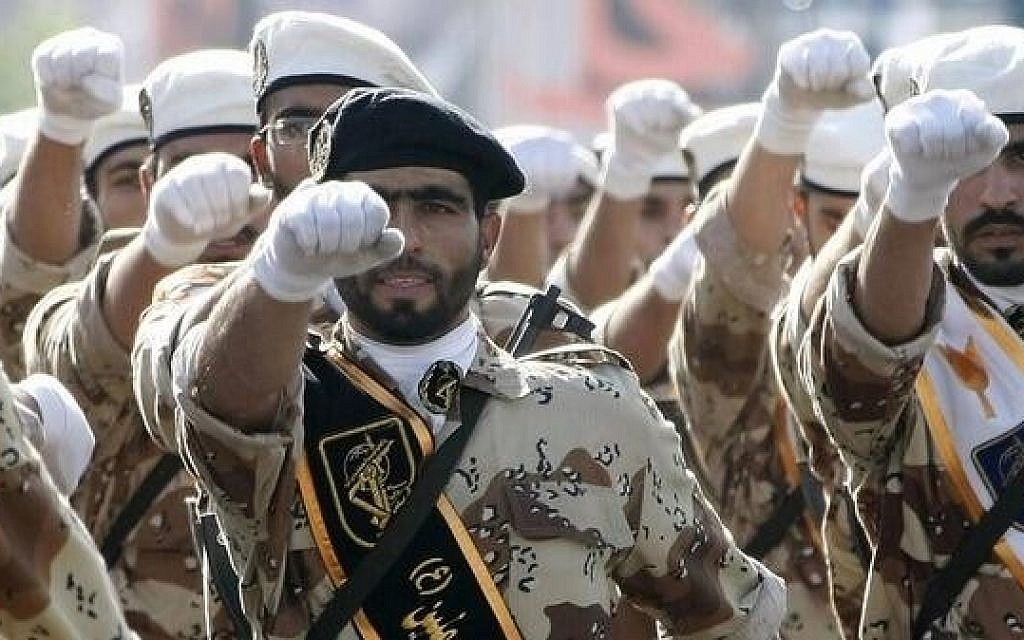 “Today, I am formally announcing my Administration’s plan to designate Iran’s Islamic Revolutionary Guard Corps (IRGC), including its Quds Force, as a Foreign Terrorist Organization (FTO) under Section 219 of the Immigration and Nationality Act,” Trump’s office says in a statement.

“This unprecedented step, led by the Department of State, recognizes the reality that Iran is not only a state sponsor of terrorism, but that the IRGC actively participates in, finances, and promotes terrorism as a tool of statecraft,” the statement continues. “The IRGC is the Iranian government’s primary means of directing and implementing its global terrorist campaign.

“This designation will be the first time that the United States has ever named a part of another government as a FTO. It underscores the fact that Iran’s actions are fundamentally different from those of other governments. This action will significantly expand the scope and scale of our maximum pressure on the Iranian regime. It makes crystal clear the risks of conducting business with, or providing support to, the IRGC. If you are doing business with the IRGC, you will be bankrolling terrorism.”