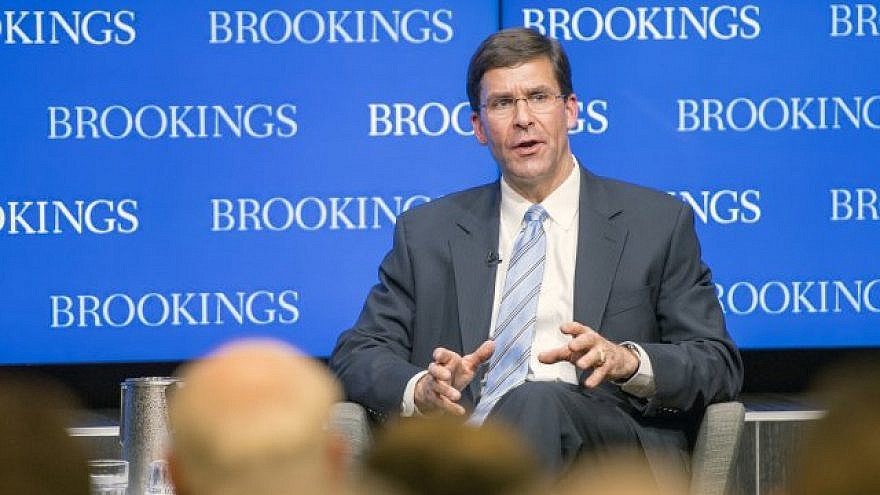 (January 1, 2020 / JNS) U.S. Defense Secretary Mark Esper said on Tuesday that 750 troops are being deployed to the Middle East immediately in response to Iraqi riots at the U.S. embassy in Baghdad, Reuters reported on Wednesday.

Esper said in a statement that an infantry battalion from the Immediate Response Force (IRF) of the 82nd Airborne Division is being sent, and that preparations are underway to deploy more forces.

On Tuesday, a mob of Iraqi Shi’ite militiamen and their supporters broke into the U.S. embassy compound in Baghdad. The attack came after the United States launched airstrikes on Sunday against the Iran-backed Hezbollah Brigades in Iraq.

Two Iraqi foreign ministry officials told Reuters that the U.S. ambassador and other staff in Baghdad were evacuated from the embassy.

One official said that a few embassy protection staff remained.