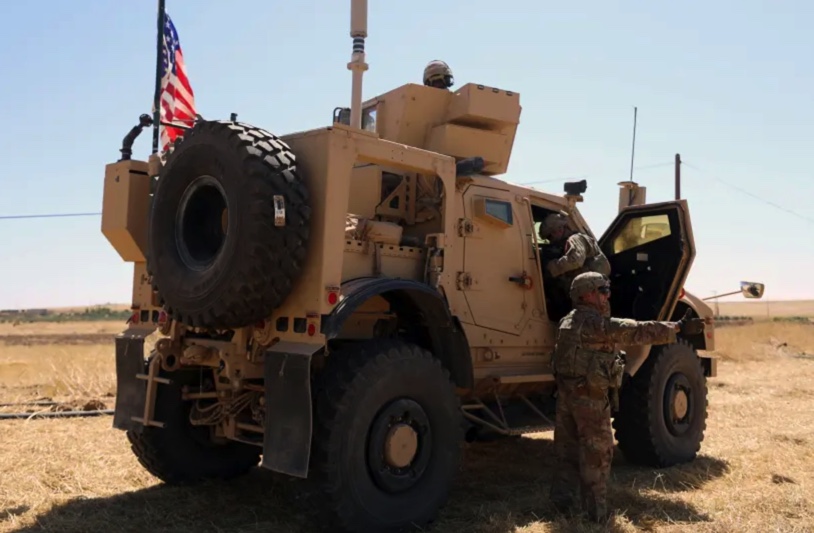 US base in Syria targeted by rockets

The Kharab al-Jir military base used by US forces in the Hasaka Governorate in northeastern Syria was targeted by rockets, according to Syrian state news agency SANA.
According to the report, five rockets were fired at the base. No casualties have been reported.
An official from US Central Command (CENTCOM) told Al-Arabiya that no injuries or damage were caused by the rocket attack, saying that the rockets fell short and did not impact near the bases themselves.
It is as of yet unclear who fired the rockets towards the base.
In October, a suicide drone attack targeted the US’s Al Tanf base in Syria, with The New York Times reporting according to anonymous US and Israeli intelligence officials that the attack was done as retaliation for Israeli airstrikes in Syria.
Read More: The Jerusalem Post