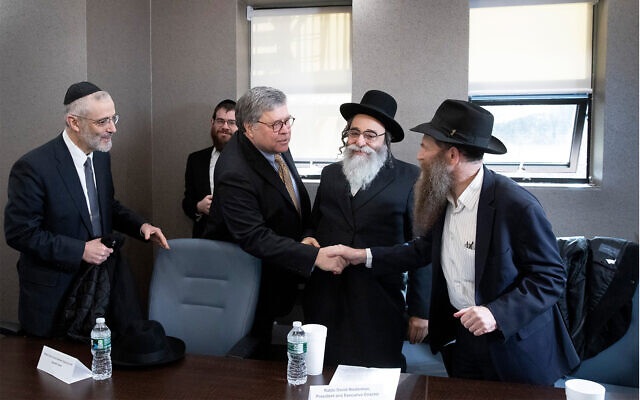 US Attorney General William Barr ordered federal prosecutors across the US to step up their efforts to combat anti-Semitic hate crimes as he met with Jewish leaders in Brooklyn, New York, on Tuesday.

Barr said he has been “extremely distressed by the upsurge in violence” in Jewish communities, including in New York City, which saw a string of anti-Semitic attacks during the Hanukkah holiday.

The attorney general said the Trump administration would have “zero tolerance for this kind of violence.”