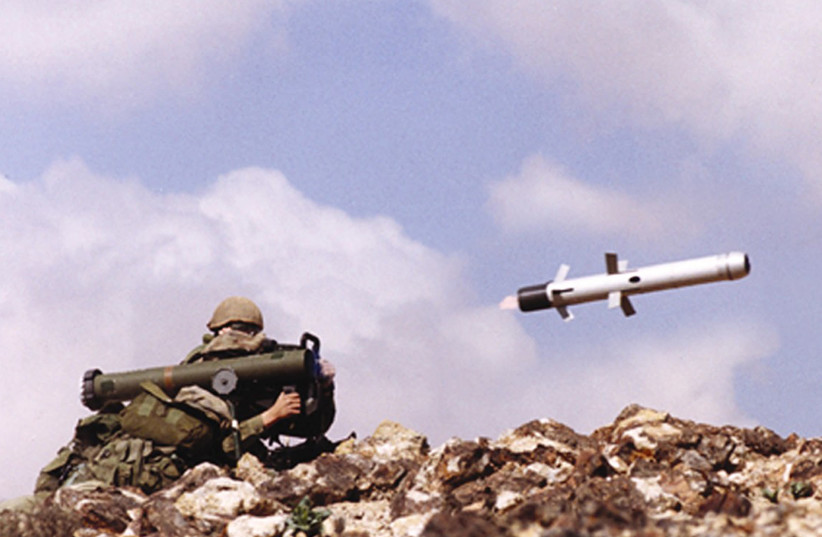 The US Army has chosen the Israeli-made long-range Spike precision missile to use on attack helicopters as an interim solution for greater standoff capabilities.
According to Defense News, an Army Requirements Oversight Council authorized the decision “ahead of a bigger decision” regarding acquiring long-range precision munitions for its air fleets.

While Apache helicopters can currently take out targets like enemy tanks, light bunkers and personnel from 12 km. away with the Hellfire Anti-Tank Guided Missile, the US Army wants a missile capable of striking from a longer distance.

Developed and produced by Rafael Advanced Defense Systems, the Spike is a fifth-generation precise electro-optical missile with a range of more than double the Hellfire’s.

Quoting Brig.-Gen. Wally Rugen, who is in charge of Army aviation modernization, Defense News stated that the Army carried out several successful tests of the Spike in 2019, firing Spike NLOS missiles from an AH-64 Apache attack helicopter both in IDF firing ranges and at Yuma Proving Ground in Arizona.

During the tests, the Apache hid behind 480 m. of craggy mountain and took take aim at a target representing a Russian Pantsir medium-range, surface-to-air missile system on the opposite slope.

Nine missiles were successfully fired toward targets, including one toward a moving target in the dark.

Rugen would not state how many Spike missiles would be purchased nor where they would be deployed.

Capable of penetrating a meter of armor, they can be operated in either direct attack or mid-course navigation based on target coordinates only. These modes enable defeat of long-range hidden targets, with pinpoint precision, damage assessment and the obtaining of real-time intelligence.

The Spike can be fired from vehicles, helicopters, ships and ground launchers, and has advanced electro-optic seekers which includes capabilities of a smart target tracker with artificial intelligence features.

The Spike is in use by 31 armies and navies around the world on a variety of land and sea system platforms. More than 5,500 Spike missiles have already been fired around the world, both in training and in combat.