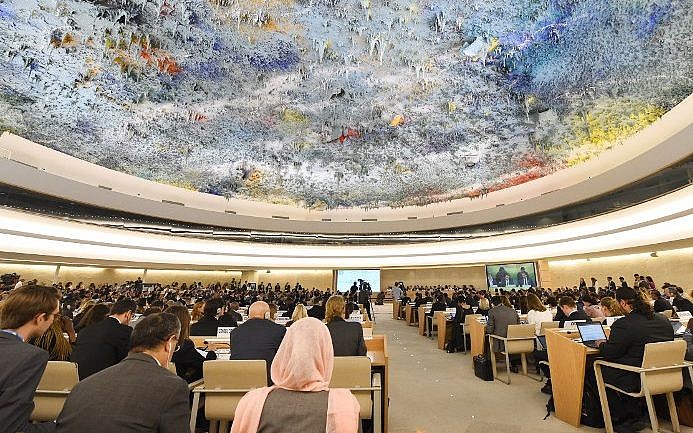 US Aims To Return To UN Rights Body, Shield Israel

US President Joseph Biden’s new administration said on Wednesday it would continue its international re-engagement by seeking election to the UN Human Rights Council where it will press to eliminate a “disproportionate focus” on ally Israel.

Under former President Donald Trump’s more isolationist approach, Washington quit the council in 2018 but the Biden government has already returned as an observer.

“I’m pleased to announce the United States will seek election to the Human Rights Council for the 2022-24 term,” Secretary of State Antony Blinken told the council by video.

“We humbly ask for the support of all UN member states in our bid to return to a seat in this body.”

Elections for three-year membership on the 47-member council are due at the UN General Assembly in October.

Britain, China and Russia are among members, as are the Philippines and Venezuela who are under formal scrutiny by the Council. “Those with the worst human rights records should not be members of this Council,” Blinken added.