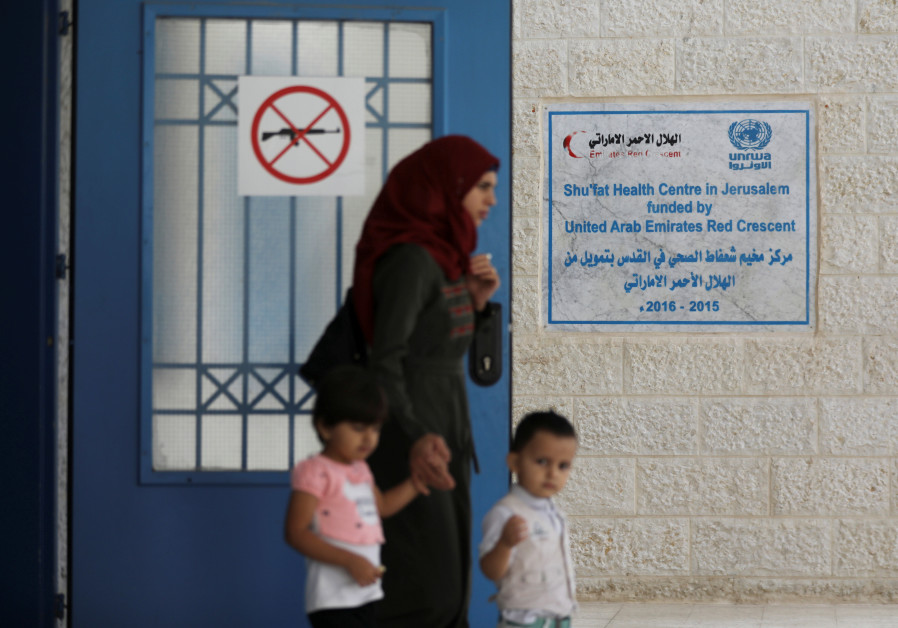 UNRWA staff members, including teachers, regularly share antisemitic and pro-terrorism content on social media and face no consequences, according to NGO UN Watch.

In a report published on Wednesday, the Geneva-based organization exposed posts from 10 United Nations employees that included praises of terrorism against Israelis, and a picture of Adolf Hitler describing him as a humanitarian.

The latest cases bring the total number of staff members uncovered sharing similar content to 100, according to the report.

“Despite our prior identification of UNRWA teachers who endorse Hitler and call for killing Jews, I am not aware of a single UNRWA teacher who has been fired as a result,” commented director of UN Watch Hillel Neuer. “Why is it that an ostensibly neutral UN agency that claims to teach tolerance continues to employ terrorist-supporting and antisemitic staff?”

UNRWA has often drawn widespread criticism for its soft stance on terrorism, including allowing Hamas to place rockets and weapons in its schools in 2014.

Moreover, the United Nations is currently investigating allegations of ethical misconduct by its senior staff members.

According to a report leaked to the media in July, the officials are accused of engaging in “sexual misconduct, nepotism, retaliation, discrimination and other abuses of authority, for personal gain.”

Following the allegations, Belgium, the Netherlands, Switzerland and New Zealand announced that they were temporarily suspending their financial contributions to the agency.

UN Watch collected the material included in the report based on information displayed publicly on Facebook, and by searching for UNRWA-related key words.

The report includes posts by Mudalalah Louz, who describes herself on her Facebook profile as the principal at UNRWA’s Beit Lahia School in Gaza. One of her profile pictures is adorned with a banner depicting four men in keffiyehs physically destroying Israel as a Jewish state.

Another case is the one of Mohammed Al-Ajrami, who lists himself as the deputy director of the UNRWA office in Gaza. Al-Ajrami published content inciting Palestinian children to terrorism, including posting the image of a very young boy wearing a Popular Front for the Liberation of Palestine headband and holding an automatic rifle.

“Even more troubling is all of the incitement and antisemitism that we don’t find on Facebook because of privacy settings or other reasons, but which is being conveyed to children in the classroom,” Neuer pointed out.

“I call on all donors – the EU, UK, Germany, Sweden, Canada, Australia, Switzerland, Norway, France, and the Netherlands – to demand accountability from UNRWA on this issue, just as many have done on UNRWA’s corruption scandal,” he added.