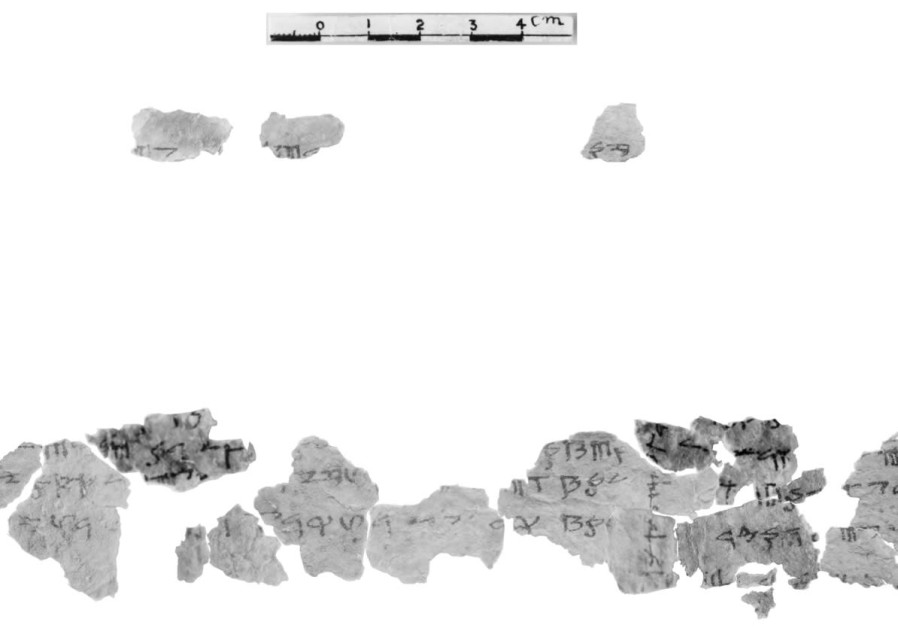 Utilizing 60 minuscule fragments of mysterious ancient code from the second-to-last unpublished Dead Sea Scrolls, researchers at the University of Haifa have decoded a unique 364-day calendar once used by the enigmatic Qumran Sect in the Judean Desert.

The 900 Dead Sea Scrolls (also known as the “Qumran Scrolls”) dating to the Second Temple Period were discovered in the 1940s and 1950s in the Qumran Caves near the Dead Sea.

The Qumran Sect referred to itself as the Yahad (“Together Community”) and was a fanatical group that lived a hermitic lifestyle in the desert, facing persecution by the dominant establishment of the time.

They wrote numerous scrolls, a small number of them in code – including the 60 relics on parchment that Dr. Eshbal Ratson and Prof. Jonathan Ben-Dov of Haifa University’s Department of Bible Studies were able to translate.

The researchers spent a year painstakingly studying the tiny fragments from the second-to-last scroll, some which measured smaller than one square centimeter.

“The reward for their hard work is fresh insight into the unique 364-day calendar used by the members of the Judean Desert sect, including the discovery for the first time of the name given by the sect to the special days marking the transitions between the four seasons,” the university said in a statement on Sunday.

Although an earlier researcher who examined the 60 pieces postulated that they came from several different scrolls, Ratson and Ben-Dov proved in an article recently published in the Journal of Biblical Literature that the fragments actually constitute a single scroll.

According to the researchers, the calendar was involved in one of the fiercest debates between different sects during the late Second Temple period.

“An important peculiarity of the present discovery is the fact that the [Qumran] sect followed a 364-day calendar,” the university said.

“The lunar calendar, which Judaism follows to this day, requires a large number of human decisions. People must look at the stars and moon and report on their observations, and someone must be empowered to decide on the new month and the application of leap years.”

By contrast, the researchers described the 364-day calendar as “perfect.”

“Because this number can be divided into four and seven, special occasions always fall on the same day,” they said in a joint statement.

“This avoids the need to decide, for example, what happens when a particular occasion falls on the Sabbath, as often happens in the lunar calendar. The Qumran calendar is unchanging, and it appears to have embodied the beliefs of the members of this community regarding perfection and holiness.”

MOREOVER, RATSON and Ben-Dov said the scroll describes two special occasions not mentioned in the Bible, but which are already known from the Temple Scroll of Qumran: The festivals of New Wine and New Oil.

“These dates constituted an extension of the festival of Shavuot as we know it today, which celebrates the New Wheat,” they said.