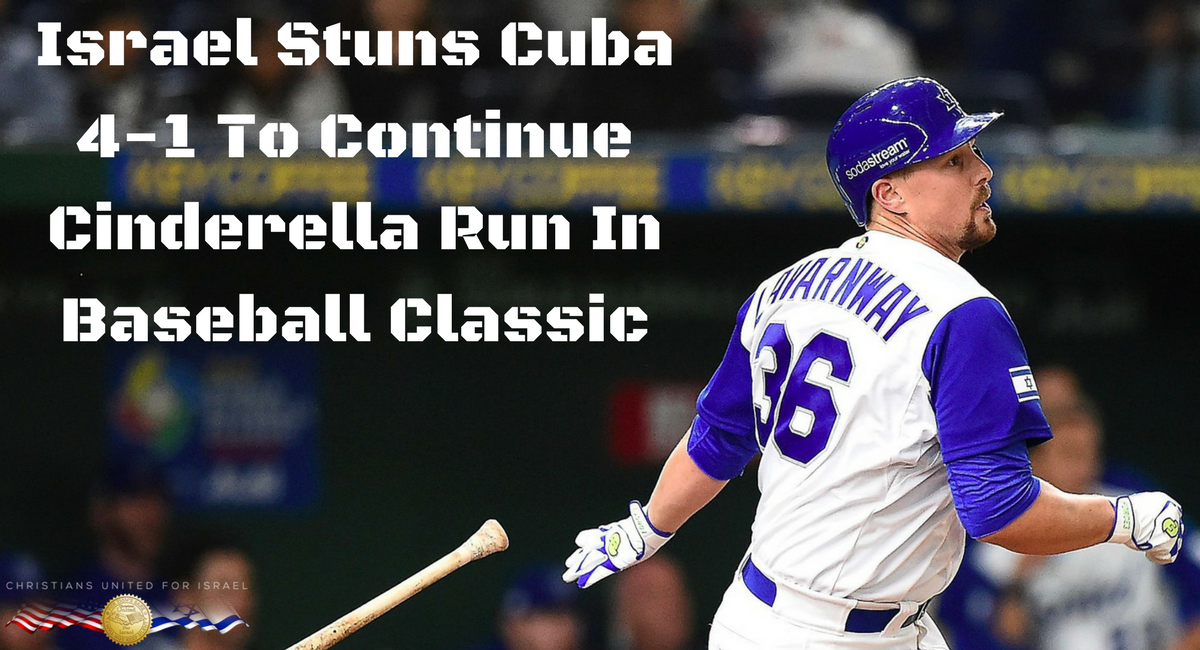 Israel’s national baseball team defeated Cuba 4-1 in the first game of the second round of the World Baseball Classic on Sunday, the latest shock upset for the Jewish state’s underdog sports team.

Cuba inched ahead in the second inning with a home run from Alfredo Despaigne, the player who singlehandedly sent his country into the second round when he scored all of Cuba’s runs against Australia on Thursday.

But after that, it was entirely Israel’s game.

Team Israel took a 2-1 lead in the sixth when Zach Borenstein singled to right scoring Ty Kelly from second base. Blake Gailen made it 3-1 with a two-out double to right that scored Nate Freiman.

Israel tacked on another run in the eighth on a sacrifice bunt by Gailen that scored Borenstein from third.

Josh Zeid pitched out of a bases-loaded jam in the ninth when he got Willian Saavedra to ground out to third with two out.

The Israeli team has become the tournament’s unlikely darlings on its way to a 4-0 start in the international tournament.

Israel entered this showcase tournament ranked 41st in the world, the lowest-ranked and last team to qualify. In quick succession, however, the Israelis beat third-ranked South
Korea 2-1 in extra innings in the opening game before topping fourth-ranked Taiwan 15-7 and ninth-ranked Netherlands 4-2 to finish first in Pool A with a 3-0 record.