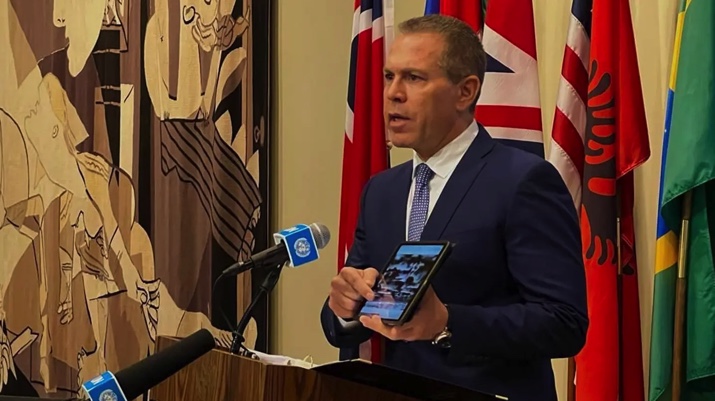 The United Nations last week disciplined an employee who works with Palestinians in disputed territories for her tweet condemning the Iranian regime-backed Palestinian Islamic Jihad (PIJ) and its “indiscriminate” missile fire into Israel.

The U.N. removed Jerusalem-based Sarah Muscroft from her post as the head of the United Nations Office for the Coordination of Humanitarian Affairs in the Occupied Palestinian Territory because she tweeted: “Relieved to see a ceasefire agreed ending hostilities impacting both Palestinians and Israeli civilians. Such indiscriminate rocket fire of Islamic Jihad provoking Israeli retaliation is condemned. The safety of all civilians is paramount—the ceasefire must be upheld.”

Israel’s ambassador to the world body, Gilad Erdan, on Sunday sent a letter to  U.N. Secretary-General António Guterres requesting that Muscroft be reinstated.

“This norm effectively grants the Palestinian players and the local U.N. staff an ‘unwritten veto’ over U.N. statements, and stands in clear contradiction with the basic principles of objectivity and neutrality that the U.N. claims to hold,” wrote Erdan.