UN Ambassador Haley: ‘Jerusalem will always be capital of Israel’ 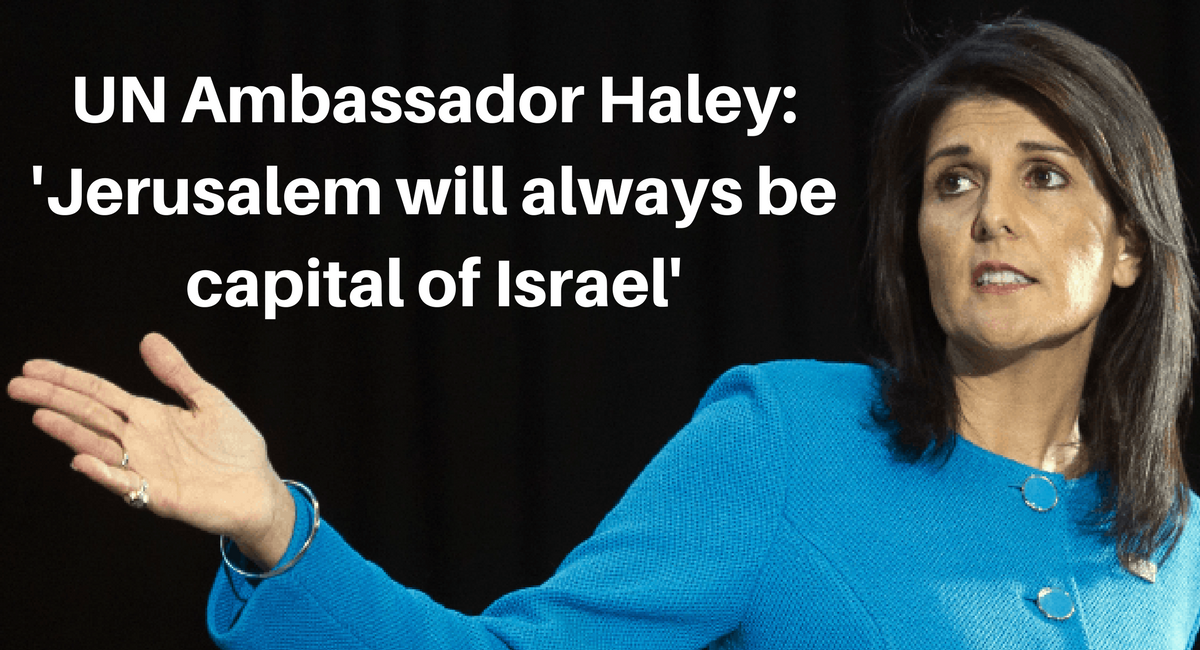 “What President Trump did, to his great credit, was recognize a reality that American presidents had denied for too long. Jerusalem is the capital of Israel. That’s a fact. And President Trump had the courage to recognize that fact when others would not.”

“Sometime in the future, the day will come when the whole world recognizes that fact,” the US envoy added.

The diplomat then went on to comment on Guatemala’s decision to also move its embassy to Israel’s capital, and said, “God bless Guatemala. They even joined us in moving their embassy to Jerusalem.” “Some people accuse us of favoritism towards Israel,” Haley said, noting there was “nothing wrong with showing favoritism toward an ally.” “Israel is a strong country with a strong military. But at the UN, it’s a different story. Israel does get bullied there. It gets bullied because the countries that don’t like Israel get away with it. That just doesn’t sit well with me,” the envoy protested.

She then went on to criticize a decision by the administration of former President Barack Obama not only to not veto but also abstain on UN Security Council resolution 2334 in 2016, which determined the Israeli settlements in the West Bank were illegal, calling it “a shameful day for the United States,” adding that “on my watch, that would never happen again.” Haley further elaborated that, “It cannot be the case that only one country in the world doesn’t get to choose it capital city.”

VP Pence: ‘US will always stand by Israel’

A short time after Ambassador Haley concluded her remarks, Vice President Mike Pence took to the stage to address the AIPAC conference. Opening his remarks, Pence said, “I stand before you today in (President Donald Trump’s) behalf to convey a simple message: America stands with Israel—today, tomorrow and always, because we believe in right over wrong, in good over evil, in liberty over tyranny.”

“President Trump promised to ensure that Israel would have the resources and tools to defend itself by itself. And today, American support for the security of the State of Israel is greater than ever before,” the vice president state.