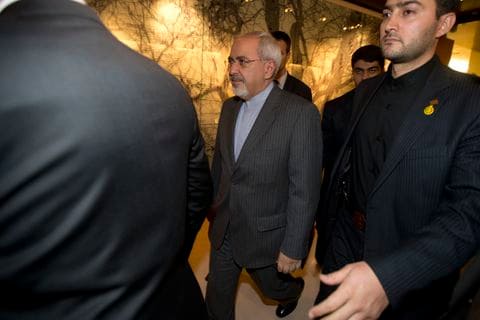 TEHRAN, Iran — Britain said Monday that it would join a U.S.-led naval security mission in the Strait of Hormuz, where Iran’s seizure of merchant vessels has raised tensions with the West. Earlier, Iran’s foreign minister lambasted recent U.S. financial sanctions against him, calling the move a “failure” for diplomacy.

Iranian Foreign Minister Mohammad Javad Zarif told reporters in Tehran that “imposing sanctions against a foreign minister means failure” for any efforts at negotiations, and means the side imposing the measures is “opposing talks.”

The moves are seen as part of Washington’s escalating campaign in what Trump calls “maximum pressure” on the Islamic Republic.

The U.S. has increasingly deployed military reinforcements to the region amid unspecified threats from Iran in the wake of Trump’s withdrawal last year from the 2015 nuclear deal between Iran and world powers.

Britain’s Ministry of Defense said it “will draw largely on assets already in the region.” It said the Royal Navy will work alongside the U.S. Navy to escort vessels through the Strait of Hormuz, which sits at the mouth of the Persian Gulf, a shipping channel for one-fifth of all global crude exports.