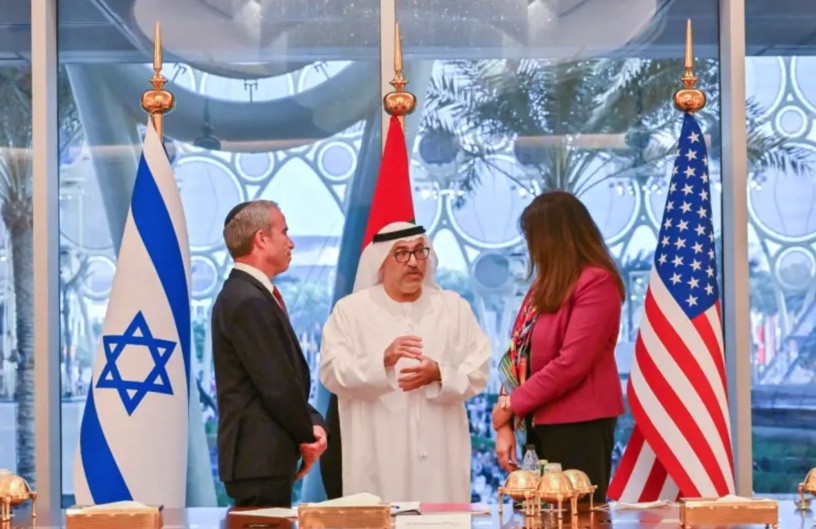 The US, United Arab Emirates and Israel launched a joint working team that will promote religious coexistence and tolerance on Tuesday, just a day after the Abraham Accords states met at the Negev Summit in Israel.

The three will work to advance a detailed and innovative plan for dialogue between different religions and cultures, as well as for the fight against hate on a religious basis.

The establishment of the team was announced during a meeting of foreign ministers from the three countries in October 2021 and as part of the Abraham Accords.

The team will work on a number of projects in various fields in the coming year. In the future, the team will expand to include additional countries which are parties to the Abraham Accords, have normalized relations with Israel or are interested in normalizing.

“The murderous terrorist attack in Hadera is another example of the importance of the initiative we started today, as part of the ‘Abraham Accords.’ Tolerance and coexistence are the paths to humanity and peace,” said Stern.

“The ‘Abraham Accords’ have shattered long-standing perceptions and now it is our duty to build and expand the circle of peace in the region and the world,” added the intelligence minister. “Through these meetings we send a clear message of reconciliation, acceptance and sharing. It is a great honor to lead Israel and the global Jewish community in this historic initiative.”