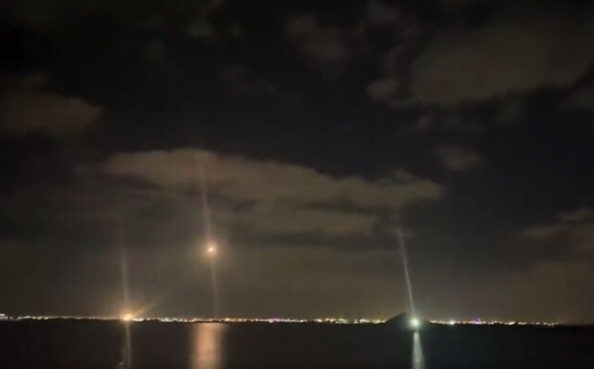 Defense officials said the missiles were fired by Iran-backed Houthi rebels in Yemen.

The attack on Abu Dhabi, after another last week killed three people and wounded six, further escalates tensions across the Persian Gulf as Yemen’s years-long civil war grinds on.

That war, pitting Iranian-backed Houthi rebels against a Saudi-led coalition, has become a regional conflict as negotiations continue over Tehran’s tattered nuclear deal with world powers. The collapse of the accord has sparked years of attacks across the region.

The Emirates “is ready to deal with any threats” and “takes all necessary measures to protect the state from all attacks,” WAM quoted the UAE Defense Ministry as saying.

Videos posted to social media showed the sky over the capital light up before dawn Monday, with points of light looking like interceptor missiles in the sky. The videos corresponded to known features of Abu Dhabi.