U.S. Turns Up Pressure on Iran With Sanctions on Transportation Firms 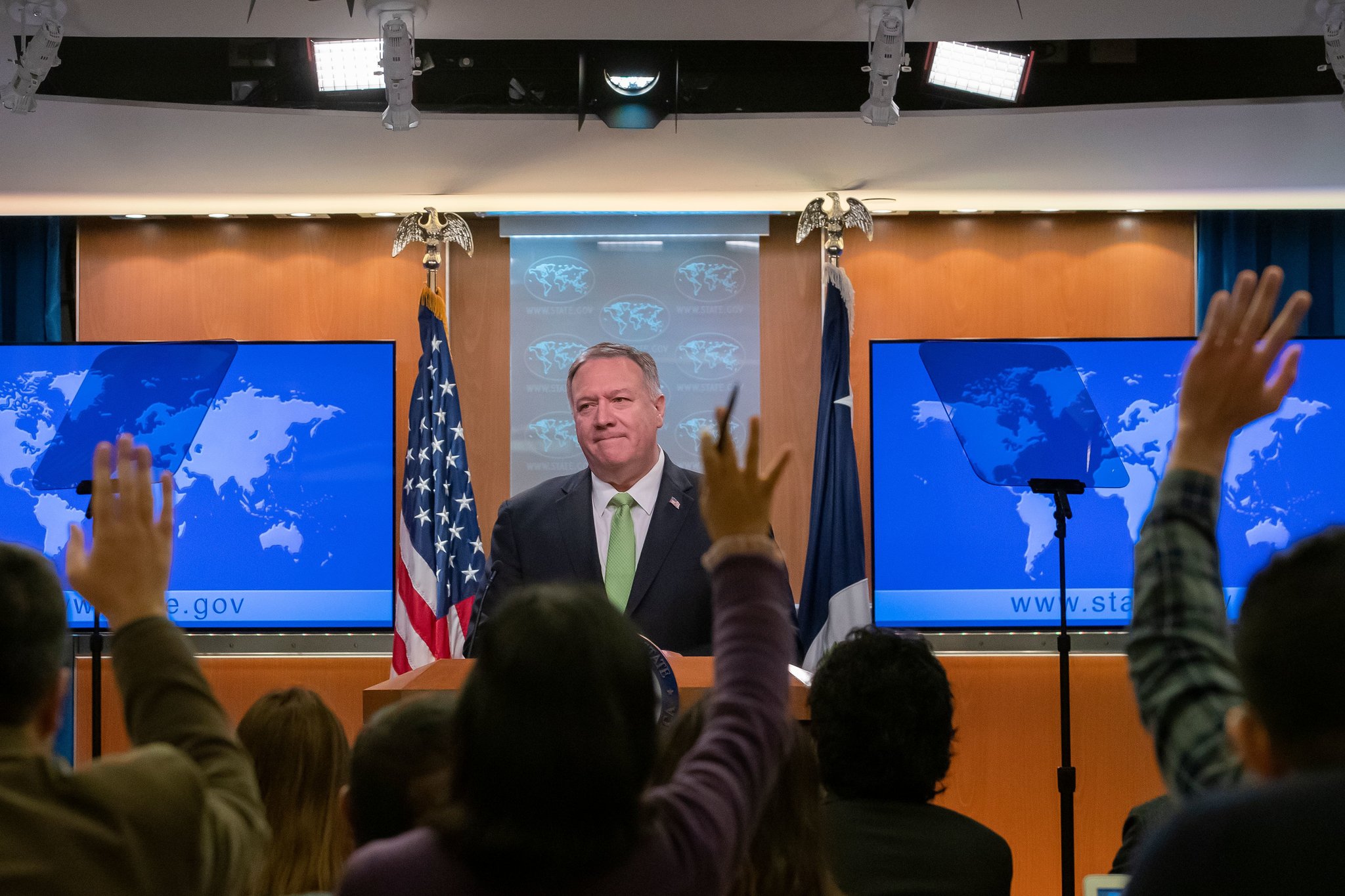 WASHINGTON — Secretary of State Mike Pompeo announced Wednesday that the United States plans to impose new sanctions on Iran’s largest shipping company and a major airline for what he said were their roles in transporting material for the country’s ballistic missile and nuclear programs.

“Today’s designations put the world on notice: Those who engage in illicit transactions with these companies will risk exposure to sanctions themselves,” Mr. Pompeo said. He added that the sanctions on the shipping company and a subsidiary would not take effect until June 8, to give exporters of humanitarian goods to Iran time to find other transportation companies with which to work. The sanctions on the airline and three of its general sales agents are effective immediately.

The sanctions are intended to limit the activities of the Islamic Republic of Iran Shipping Lines; one of its subsidiaries, E-Sail Shipping, based in Shanghai; and Mahan Air.

The Treasury Department imposed sanctions on Mahan Air in 2011, but the State Department designation adds a new layer of sanctions.

The designations increase the economic pressure that the administration has applied to Iran since May 2018, when President Trump withdrew from an agreement that Iran had reached in 2015 with major world powers to limit its nuclear program. Nuclear experts said earlier this year that Iran was complying with the agreement and had not been working toward building a nuclear warhead, but Mr. Trump for years had criticized the agreement, which was forged by President Barack Obama.

The United States reimposed major sanctions on Iran in November 2018, then in May ended exceptions for oil imports granted to eight governments. That was a crippling blow to Iran’s main source of revenue. Starting this summer, Iran lashed out with attacks by missiles or drones and seizures of tankers in the region, but none of those resulted in injuries or deaths, and the Trump administration debated how to respond. Iran also announced it had breached some limits imposed by the 2015 agreement on its nuclear program, which Tehran has said is for civilian purposes.

Britain, France, Germany, China and Russia have all said they are still trying to abide by the agreement that they signed, despite the restrictions imposed since last year by the sanctions from Washington. The agreement allows for greater commercial exchanges with Iran.

In recent weeks, Iranian citizens have taken to the streets in protest against policies of the Iranian government; many of them are upset at the poor state of the economy. Iran security forces have killed hundreds in efforts to suppress the protests, according to international human rights groups. The protests are the worst unrest in Iran since the Islamic Revolution that put Shiite clerics in charge of the country in 1979.

Mr. Trump and senior administration officials have said publicly that their goal is to prompt Iran to enter into new agreements that would enshrine larger concessions from Tehran on its nuclear program, ballistic missile program and support of militias in the region. Iranian leaders have said they would consider new talks only if the United States lifts sanctions. Some experts in Washington say the real, unstated end goal of the administration is to spur uprisings in Iran that would lead to the overthrow of the cleric-led government, and sanctions are one tool to help ignite that unrest by crippling the economy.